Despite all the multi-million pound signings that were made before the end of the September transfer window, for Concave, the most significant was a deal that was completed yesterday for no money at all.

Following Danny Webber’s move from Sheffield United to Portsmouth, a deal that was allowed to be completed outside of the transfer window due to Webber’s free-agent status, it now means that Concave will have their first ambassador playing in the English Premier League. 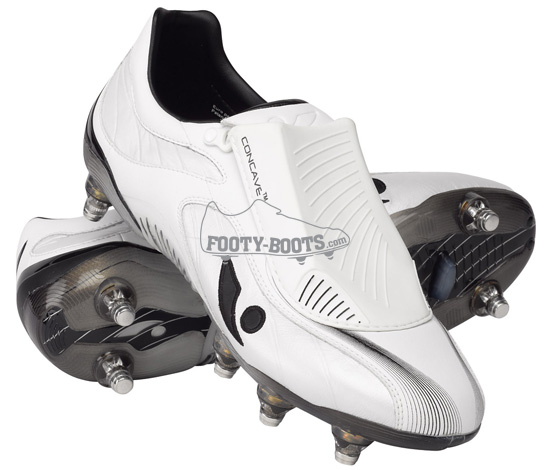 The 27 year old had talks with a number of Championship clubs including Crystal Palace and Middlesbrough but Webber secured his move to the EPL after Pompey boss offered the forward a two-year deal at Fratton Park.

Webber debuted the Concave PT+ at the back end of last season when he came on as a second half substitute for United against Swansea City.

Concave’s success in reaching the highest echelon of English football follows that of another breakthrough brand, Under Armour, who have Danny Murphy and Bobby Zamora playing in the Dominate Pro at Fulham.

Having now had the pleasure of working with Danny under the Concave brand, to see this move for him is wonderful. Danny is an extremely talented player who has now hit his stride and fully deserves to play at the EPL level.

We at Concave are extremely excited for Danny, who began wearing our boots last season. Our great hope is that our boots, coupled with his enormous talent and unbelievable work ethic, have helped Danny reach this new plateau in his career.'  That would further confirm'  that we do indeed have a world class product, as a growing number of professional players are attesting.

Our passion from the outset of this company has been to improve the game. In doing so, our mission is to provide a boot that helps improve the player.

Following on from the first design, the PT1, the PT+ football boot has the following modifications:

Written By
Felipe
More from Felipe
A leaked shot of Milan's home shirt for next season.
Read More