Fully kitted out in Concave apparel,'  it was time to set aside the hype and controversy surrounding the boots technology and take a look at Concave’s newest creation. 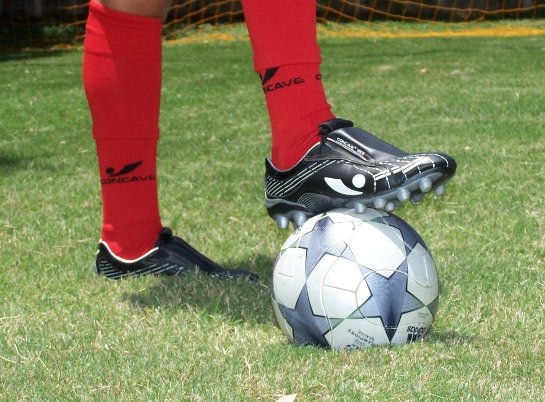 Supplied with a pair of seemingly in-style back-to-black football boots, my initial impression of the design was good. The football boots definitely offer a bold, distinct look that distinguishes itself from other football boots on the market. Concave seem to have mixed the futuristic design with a traditional colourway, making for a clean looking boot.

Just as the previous models, these boots have a glove like fit. The insole remains unchanged and is removable featuring a gel insert in the heel. No pressure can be felt from the studs on the foot and the insole provides spring and cushioning to your step making up for its weight. Concave definitely removed a few grams from the new design, a welcome improvement.

Another improvement was the integration of the “sweet spot” into the upper, making for a seamless flow and a much better fit. On the previous model, the PT-1, pressure could be felt on the toes where the “sweet spot” attached to the upper. This problem was resolved as well with the new design relieving any pressure felt from the Concave element on the original model. 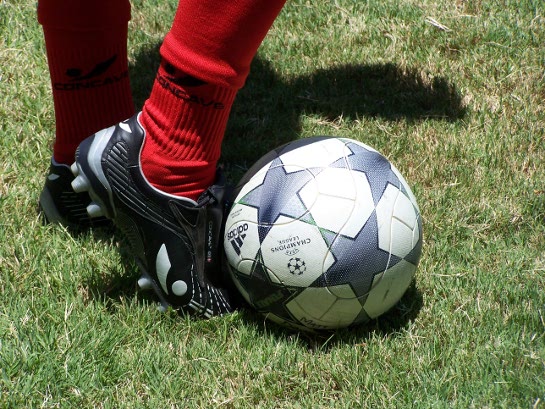 Having worn the football boots for two weeks and in multiple training sessions and games, they appear to be holding up well. The printed logo has taken a few scratches but the aesthetics are still unscathed, bright, and bold. The only potential problem I can see is the material peeling away from the underside of the “sweetspot”. Besides that, if they are like the original PT-1 you can expect to get a solid 8 months out of the boots before any noticeable wear-and-tear.

The k-leather was extremely smooth and supple, a huge improvement from the treatment of the Concave PT+ ’08 model that went unreleased. To be honest its a relief the ’08 model wasn’t put on the market, as its leather had an unfinished look and feel to it. It was as if the leather hadn’t undergone any special treatments to soften and waterproof it. Concave sorted out that problem though with the ’09 model as the quality of the leather was exceptional. The material that covers the “sweetspot” extends over the toebox to support the design. I would have preferred an all-over k-leather but the synthetic still offers a good feel for the ball. 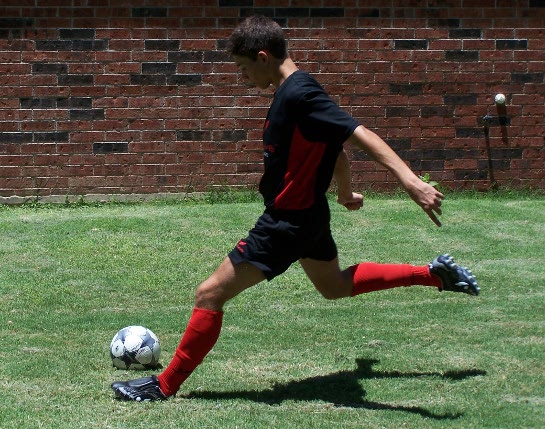 The Concave ‘sweet spot’ underwent some reshaping making for a much better fit than the original. The Concave element is shorter and thinner, with less drastic curves, feeling far less bulky. To provide the same power from the ‘sweetspot’ the material is far denser with a visible ribbed design. For those who think they’ll hit the ball with the power of Roberto Carlos or Cristiano Ronaldo with the help of these boots alone, I can assure you otherwise. That takes hours of time on the pitch and in the weights room. Despite that you do definitely feel a sting to your shot and get the feeling you can hit a cross field ball like ‘Scholesy’. And for those quick to bash the design by pointing out how the ball will be more likely to shank off the ‘sweet spot’ than a regular football boot, that’s not the case.' The ‘sweetspot’ dually serves its purpose well as the MetaGuard offering unsurpassed protection of the foot.

While the tongue still proves difficult to tuck under the Concave element, I think the solution could be found in a lace-less design. The fit is already very snug, so I believe a lace-less design could be another attractive feature for the boot. Shaving off a few more grams from the soleplate and redesigning the heel-counter would also prove a winning move.

Having spoken with Concave Sports, Footy-Boots has been informed that the tongue on the commercially available product will be a regular tongue. Footy-Boots was supplied with a prototype version, of which the tongue problem had yet to have been fixed.

Concave have followed up their original model released back in 2008 with a much more finished product. They put in a lot of hard work to fix the flaws of the previous boot and it is definitely evident. Though the ‘sweetspot’ is a bit awkward at first and takes some time getting used to, it serves its purpose well. The Concave PT+ ’09 sets the bar for Concave from this point forward and I hope to see the company continue to grow and make such improvements with each new release.

Footy Boots would like to thank Concave for supplying us with their product to exclusively test ahead of release.'

Written By
Felipe
More from Felipe
Selsport continue to innovate and update their ranges, releasing new designs to...
Read More