We’ve been lucky enough to see some truly exceptional images over the past couple of days thanks to Nike following the release of the new Superfly and Vapor V. Now here’s a chance to see some more. 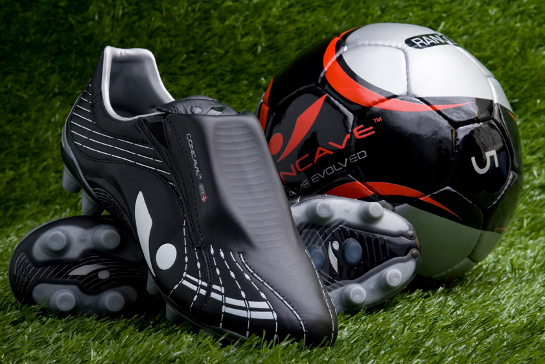 Concave may not have Nike’s clout in the football boot market but the company sure does punch above its weight, creating headlines and debate in equal measure.

Now Concave has released details of its new line to be introduced this autumn which they insist will give players at all levels the ability to increase their ball striking skills – in the areas of power, accuracy and control – while also protecting against foot injuries.

Whilst opinion remains split on the apperance of the boot (though the new range is a huge improvement on the originals) it’s clear that Concave boots offer an entirely new concept in footwear. Patented technology on the top of the boot gives players 30% better control and 15% more power, according to an accredited university study. Concave is unique in that respect.

Those performance improvements are derived primarily from the most effective ‘sweet spot’ ever introduced — rated at four times larger than traditional football boots.' '  The benefit is an upper that conforms to the convex shape of the ball – essentially “hugging” the ball. 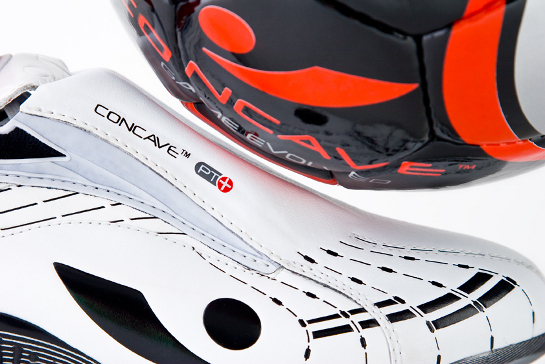 Aside from the larger sweet spot – which is the most visible departure from other boot designs – there are additional important features engineered into Concave boots.

Below the concave upper are two technologies built in to help protect the feet, which is welcome news to players of all levels and parents who are outfitting their youngsters.

Concave Shank Balance Stabilizer: (SBS) provides support and reinforcement to the mid-foot area to help control balance between the front and rear of the foot. The SBS protects from an over extension of the middle of the boot – too much flexibility can lead to metatarsal bone damage.

MetaGuard: an extra layer of protection built into the boot. It’s a unique upper design featuring a flexible layer of TPU (Thermoplastic Polyurethane Elastomers) and reinforced cushioning foam composite offering increased protection against the occurrence of metatarsal injuries by adding a protective layer to the top of the foot. 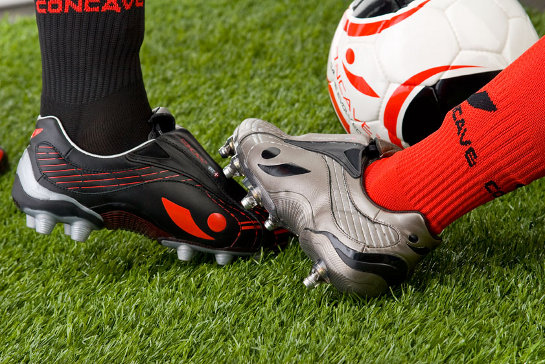 Safety and protection form a huge part of Concave’s thinking

The product development process and testing have set the stage for the upcoming launch at selected football and specialty athletic stores in the UK, Ireland and North America beginning this autumn.

Tied into the retail launch, the brand will engage in a wide range of grass roots marketing initiatives mostly focused on demonstrating the performance advantages of Concave boots to developing players in their natural playing and learning environments, including football camps, academies, amateur and school leagues, and various types of tournaments.

Other affiliations are being formed with professional players, including at the premier level, who, we are told, are increasingly being drawn to wearing Concave boots.

Through these experiences, Concave say they are compiling a wealth of candid appraisals of the new boots in terms of comfort, performance, style, and any other characteristics players feel are noteworthy.

Concave makes most of its soccer boots available in a variety of outsole configurations, including soft ground, firm ground, hard ground with blades, and a traditional rounded mold. 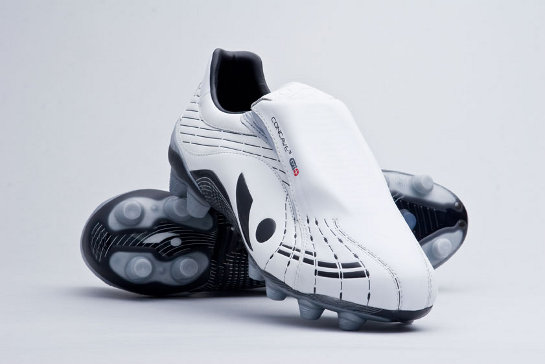 The Concave family of footwear includes:

PT+ – This premier boot will be available in very limited offerings. All of Concave’s exclusive technologies are available in this boot with kangaroo leather upper.

PT 1 – Offering uncompromising performance, the PT1 is a full grain leather boot designed for top players.'  It incorporates the highest quality materials and craftsmanship as well as all of Concave’s unique patented technologies.

PT Midi – Technology and value, the PT Midi is a premium quality boot incorporating all of Concave’s features while delivering high value to serious players. 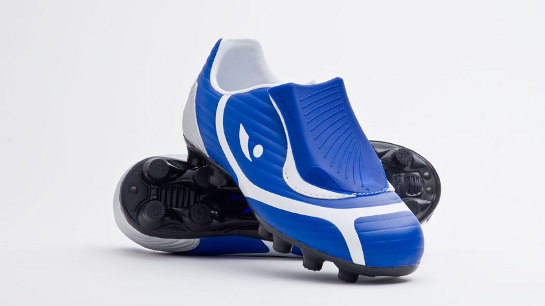 PT Dome – The same patented technologies available for the outdoor game are available on an indoor shoe. The PT Dome is suited for indoor play and its unique 3-part sole contributes to maximum comfort and traction control.

Written By
Felipe
More from Felipe
The Adidas F50.9 football boot is due for release on the 1st...
Read More