Now that the Euro has come to an end and the smoke has settled, Adidas’ new silos have have time to shine and the hype from their releases has dimmed down. This gives us the chance to properly take a good look at all three silos, The Ace, X and Messi, and compare each of them.

I will not be comparing every boot from every silo at every level, I will only be comparing the top end models for this article. 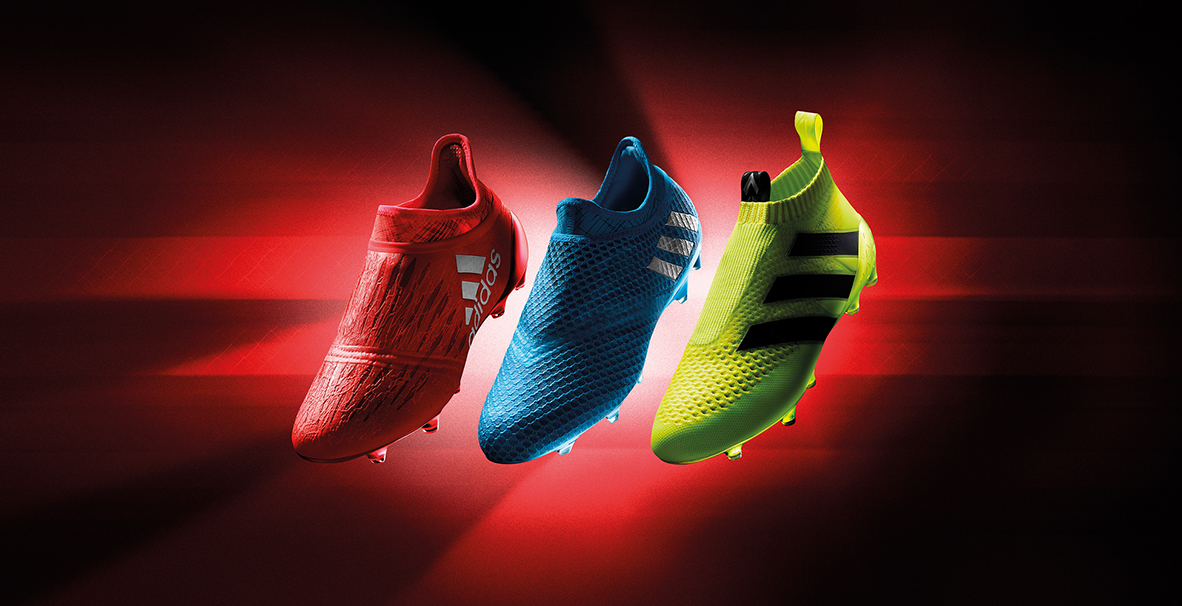 Starting off with the highest level, Adidas has done something no other company has done and offered a standard version boot of each silo and gone beyond that by adding an “advanced” version. These versions come in the form of the X16+ PureChaos, The Messi 16+ PureAgility, and the Ace 16+ PureControl (shown in the above picture in the same order). Although it might seem these are similar to the standard versions, they are in fact completely different in several ways.

Now between these three, Adidas markets each of them for a different style of player on the pitch. The X is aimed at players like Gareth Bale who will sprint past defenders and create chaos. The Ace was designed for complete control for the likes of Paul Pogba and Mesut Ozil. Now the Messi was created for quick-paced and agile players like the Argentinian captain himself.

A lot of people like to base themselves off this marketing, however every player has their own opinion and I’ve seen goalkeepers sporting a pair of X’s and strikers wearing Ace’s. The biggest question comes down to what you as a player are looking for. If you want that complete barefoot and laceless feeling, the Ace is your boot as it is the only one to feature no laces. If you’re looking for laces but not for them to be in your way, the X and Messi are your choices. Depending which upper suits you better is how you’ll decide, as the X offers a flexible and softer upper than the Messi which has a more stiffer/rigid feel to them for optimal responsiveness.

To summarize it up, the Ace is a stand-alone in the three as it offers something no other boot by Adidas does: No laces. However it does use Pimeknit on the upper which has been used by Adidas and the soleplate is a basic sprintframe with conical studs. The Messi and X both offer a very similar design and concept, the biggest difference being literally the upper material. The studs layouts are similar just the shape of the studs are slightly different.

Here is where Adidas’ original and simpler versions come into the light. Now I’ve already done a detailed review and comparison between the X 16.1 and the Messi 16.1 and the link to that should be available here in the text. For the sake of this article however i will once again say that although they might seem similar, these versions differ drastically from the Pure+ models.

Every silo is marketed exactly the same as their high end brothers, so the principle idea from Adidas remains the same. However, once again, it is all based on preference and what you are looking for.

Before everyone starts complaining, I do want to add that the standard version of the Ace 16.1 is indeed the low cut synthetic version (as seen below). This Silo once again is a stand-alone of the three as there are several different variations and versions of the Ace 16.1 available: the standard synthetic, the leather, and the Primeknit. Adidas seem to be marketing their Primeknit version more but that isn’t a surprise as more pros seem to be opting for it. With all this being said the Ace silo is still aimed at the player who controls the game.

So which silo is for you? Well that’s up to you to find out, as each boot offers the player something different. In terms of comparing them all, it really isn’t that easy as there are so many variations and versions of each. However when considering the top tier Pure+ models, keep in mind what every boot offers and ask yourself what you want in a boot.

Written By
Luca Natale
More from Luca Natale
Get to know the seven tiered versions of the Nike Mercurial with...
Read More