Auditions for new TV series of Coke Zero Street Striker; Presented by Wayne Rooney are coming to Manchester and Birmingham. 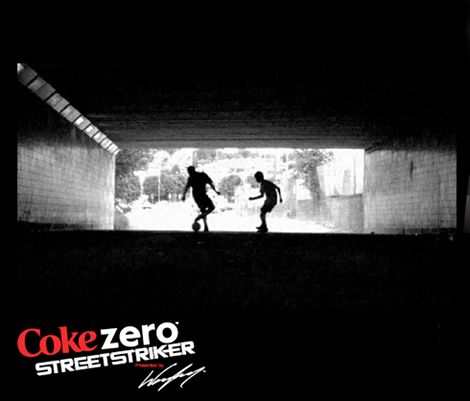 Last year, we watched every episode of Street Striker – amazed at some of the deft control as balls were dropped from the balconies of blocks of flats, and cringing as contestants couldn’t quite get the ball on target as they tried to squeeze shots through rolling tyres.

But the big question is, this year – could we be watching you?

Coke Zero Street Striker; Presented by Wayne Rooney is back searching for the most skilful street footballers in the UK. So, if you˘€žËre aged between 16 and 24 and think you might have what it takes to be crowned Coke Zero Street Striker 2010, just bring your trainers and your mates down to our open trials for your chance to impress the show˘ judges! Our trials will be held on:

If you think you’re good enough – and we know the Footy-boots.com fanbase has got madskills – get yourself down on wither of these weekends and prove to the world what you can do!
Auditions will be on a first-come first-seen basis so make sure you arrive early to get your chance to appear in the next series of Coke Zero Street Striker; Presented by Wayne Rooney. For more information visit www.cokezone.co.uk/streetstriker

Written By
Kyle Elliot
More from Kyle Elliot
We hit up the official launch of New Balance Football in the...
Read More