It has been revealed today that Coca-Cola have quietly allowed their sponsorship of Wayne Rooney to fizzle out due to the the damage the star’s image has taken in the last 12 months. 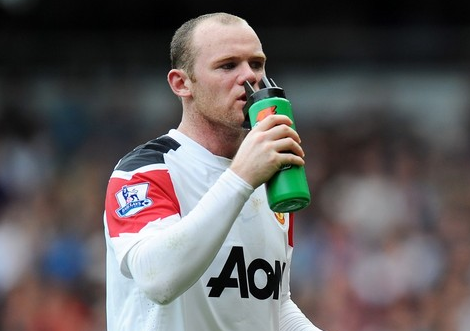 The soft-drinks giant, who also own the sports-focused Powerade brand, had leaned on Rooney as their main ‘in’ in the English football market, using his image for the famous ‘Rooney vs Rooney’ Powerade advert, and his successful ‘Coke Zero presents: Wayne Rooney’s Street Striker’ show on Sky One, though it now seems that era has come to an end.

Amid allegations of indescrepencies in Rooney’s love-life, it was widely-reported that the American office of Coca-Cola were keen to severe ties with the Manchester United Striker to maintain their fun and family-friendly image, but the UK branch of the marketing department defended the star due to the amount of ongoing projects with Rooney.

However, it seems that photos of Rooney smoking and drinking in public that surfaced late last year were the last straw for Coke, who told a news outlet this morning that “Our contract with Wayne Rooney came to an end last year and we mutually agreed that we would not renew our relationship,”.

Coca-Cola, will presumably be patting themselves on the back for cutting ties with the England star who – despite hitting form for club and country since Christmas – has found himself mired in controversy once again after launching a four-letter salvo at Sky TV cameras after completing his hat-trick against West Ham on Saturday.

Rooney, however, will likely find himself nonplussed by the loss of the deal. Despite Coca-Cola’s agreement being worth £600,000 a year, the England star notoriously negotiated an unfathomable £230,000 a week wage back in October which will likely offset of the loss of the backing of the soft-drink conglomerate.

Written By
Ramsay
More from Ramsay
The Weekend Review returns from international duty free from injury and full...
Read More