One of the stars of the US international team, Clint Dempsey receives special treatment from his US based boot sponsor Nike. Let’s see what ‘Deuce’ is smiling about now. 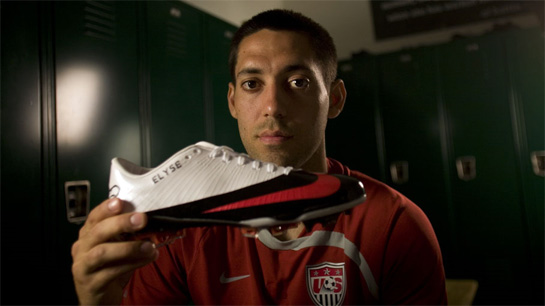 When he is rapping, he’s known as ‘Deuce’, when he’s playing football it’s Clint Dempsey.

The Texan born Fulham player can be forgiven for feeling that ‘Clint’ doesn’t ‘Just Do It‘ for hip hop, but Nike are happy to use ‘Clint’ as their pin up for football.

So much so that he has been presented with a custom made pair of Mercurial Superfly football boots for his next International match against Honduras. 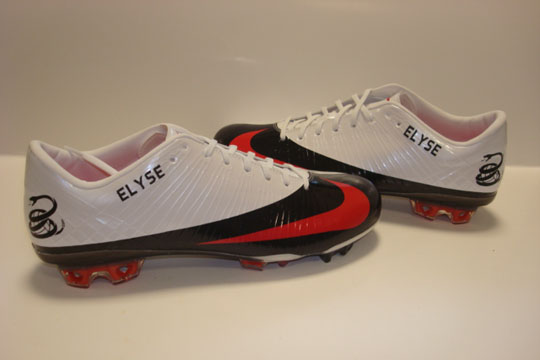 It’s not the first time Dempsey has received a custom made football boot to d'©but in an International. Back in February he ran out in a custom made Mercurial Vapor SL.

Like before, the football boot will feature the “Don’t Tread On Me” snake coiled on the heel and this time he has his daughters name Elyse imprinted prominently.

Deuce Clint has had a highly successful season with his club Fulham, managing to qualify for the newly named UEFA Europa League next term, thanks to their 7th place finish in the Premier League. However, against Honduras he’ll be trying to help the US qualify for the 2010 World Cup, the US need to bounce back after their loss to Costa Rica in the week.

Written By
Felipe
More from Felipe
Can Manchester United carry the English flag into the Champions League semi-finals?
Read More