US International and Fulham midfielder Clint Dempsey is Nike’s posterboy in the United States. In their grudge match against Mexico he sported a unique Nike football boot. 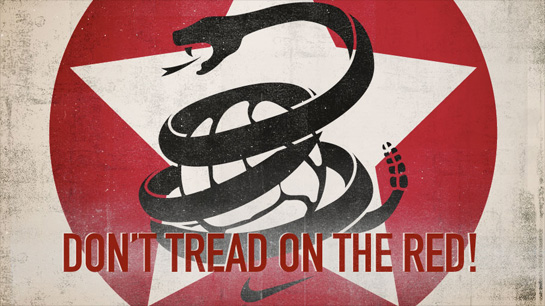 It was no exaggeration to call the February 11th match the biggest game the U.S. played all year. The rivalry between the United States and Mexico has built up over the years and is always filled with animosity and bone-crunching tackles. 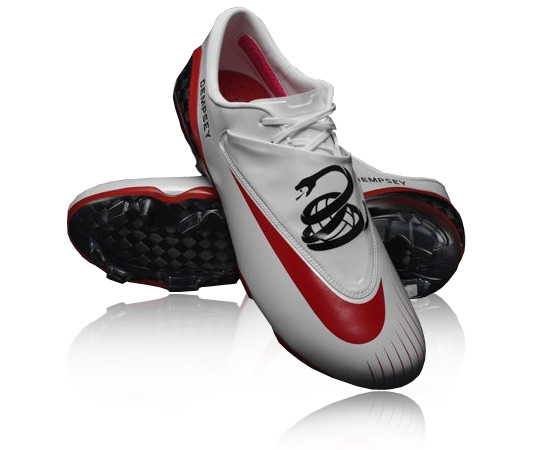 Designed specifically for the game, only three pairs of the boots were made. Clint’s football boots feature the “Don’t Tread On Me” snake coiled on the lace cover and “Dempsey” stitched on the outside of the boot. 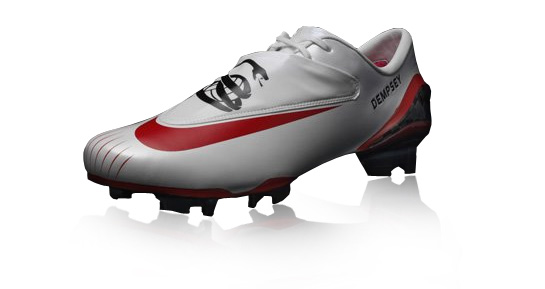 Dempsey is a fan of hip hop music and using the alias “Deuce”, he, along with fellow Texas rappers XO and the late Houston rapper Big Hawk from the Screwed Up Click, featured in the song “Don’t Tread” in a Nike football campaign for the 2006 FIFA World Cup.

In front of a sold out crowd at Columbus Crew Stadium, Michael Bradley scored two goals to give the U.S. a 2-0 victory over Mexico to open the final round of World Cup Qualifying.

Late in the first half, after a DaMarcus Beasley corner kick, Oguchi Onyewu’s snap header was denied by Oswaldo Sanchez. The rebound, however, fell right to Bradley, who converted to give the U.S. the halftime lead. Then, with just seconds remaining in second-half stoppage time, Bradley added the insurance goal, a 25 yard blast from just outside the box.

Written By
Felipe
More from Felipe
The Ronaldinho DOIS has received mixed reviews since we introduced it last...
Read More