With mere days to go until the start of the new Premier League season (Yessssss!) adidas are still rolling out the kit launches. This time we’re heading back to Stamford Bridge for the launch of the new Chelsea Third Shirt 2011-12! 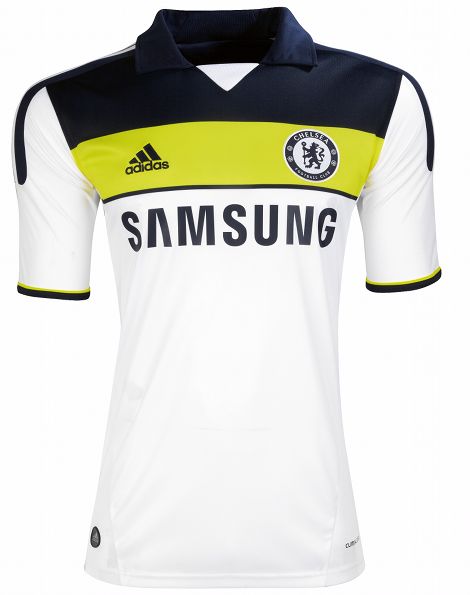 Styled in classic Chelsea livery of White/Navy/Gold, the new' Chelsea Third Shirt 2011-12 is far more restrained that some of the Blue’s recent away-from-home efforts, and we can see it being a bit hit with the fans!

The collar of the' Chelsea Third Shirt 2011-12 is a classic polo-collar, further emphasising the surprisingly classic feel of the jersey. 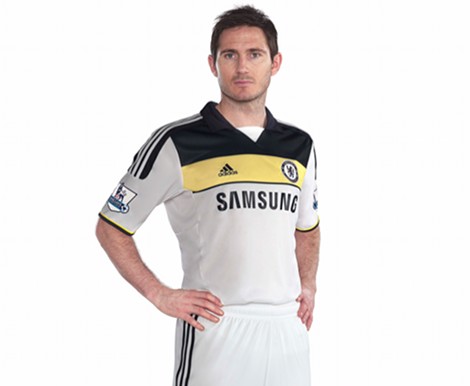 We don’t see too many shirts with such bold colour-blocking across the chest and shoulders, in fact, we think the Navy and Yellow gives a really retro feel to the kit, like something you might see in the 70’s and early 80’s.

Despite the retro-stylings, the technology in the' Chelsea Third Shirt 2011-12 is thoroughly modern, as one might expect from an adidas kit. 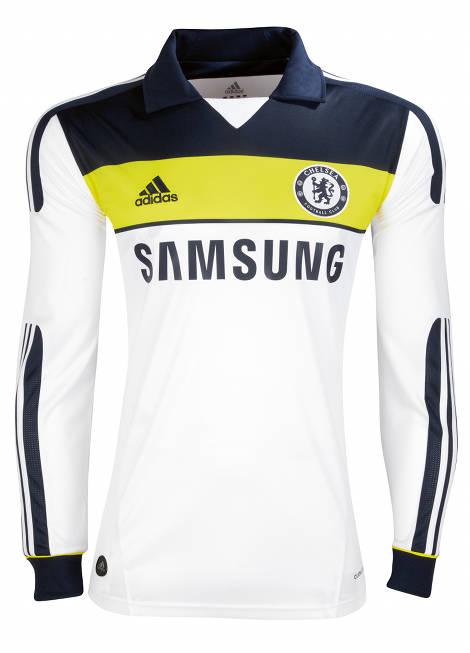 The replica shirt incorporates adidas Climacool technology, a mixture of heat and moisture controlling materials, ventilation channels and 3D fabrics which improve air flow to the skin in the key heat zones.

Those paying close attention to Footy-Boots.com (and our ever-insightful Facebook page) over the past 48 hours will have already had a sneak peak at the Chelsea Third Shirt 2011-12, as it appeared on Chelsea’s U-15’s squad at the Nike Premier Cup. 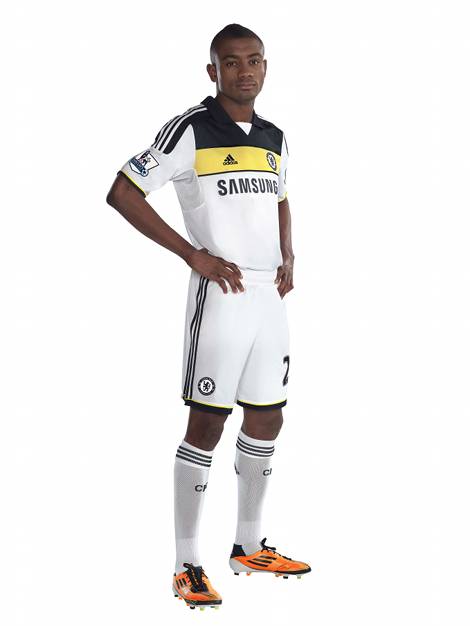 Overall, we think it’s another strong showing from the guys at adidas – but, as always, it’s what you think that counts!

Let us know your thoughts on the' Chelsea Third Shirt 2011-12 in the comments!

Written By
Kyle Elliot
More from Kyle Elliot
The Footy-Boots.com Weekend Review returns for it's penultimate outing of the season!
Read More