adidas and Chelsea are back again with another new kit – this time, the Chelsea Away Shirt for 2014 – 15 is on the docket.

Set to be worn in the new season when the Blues travel away from Stamford Bridge, the new Chelsea Away Shirt for 2014 – 15 is in stark contrast to the modern, sleek home shirt and instead brings an appropriately retro style to an old-school fan favourite colour. 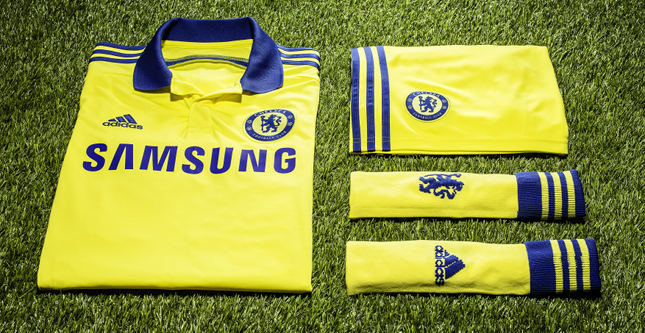 Following on from the hugely successful Forever Blue campaign which launched the new 2014/15 home shirt in April, adidas and Chelsea Football Club have today revealed the new look away shirt, inspired by famous yellow kits from the club’s past.

Fans of all ages will have great memories of Chelsea in a yellow away strip, from its first outings with the likes of Peter Osgood in the 1960s and 1970s, through unforgettable moments with Clive Walker in the 1980s, Gianfranco Zola in the 1990s up to Frank Lampard's memorable winner in the FA Cup final of 2009. 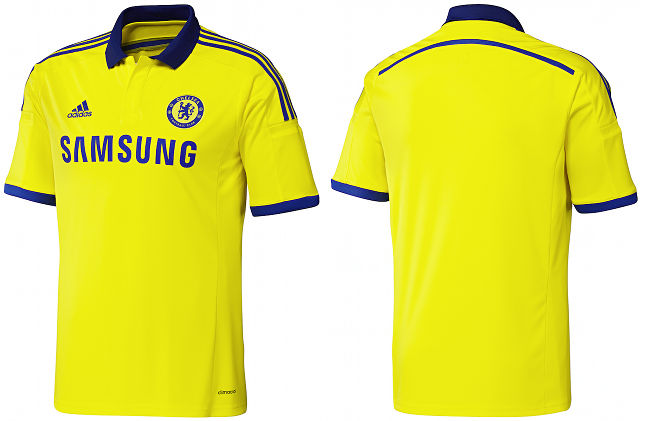 The new shirt will be the lightest Chelsea away shirt ever produced, featuring the latest in adiZero lightweight technology and a polo collar which pays tribute to the retro designs, as well as an iconic blue stripe across the back which contrasts the two traditional Chelsea colours.

The new kit is also a timely arrival, being available to fans on the eve of the FIFA World Cup in Brazil, with the new yellow shirt bringing a link to the club's strong Brazilian contingent of players – David Luiz, Oscar, Ramires and Willian, who will be heading to the tournament this summer.

Thoughts on the new shirt for Mourinho’s men?