Fresh from their Champions League final victory, Chelsea are looking to continue their success in style with this sharp new Chelsea Away Shirt 2012 – 2013!

Produced by adidas, fans of the Blues will be able to order their shirts from today, for a retail release of the 5th of July.

Reminding us a little of the Spain Away kit, the Chelsea Away Shirt 2012 – 2013 is a clean, modern design featuring a light aqua diagonal sash across the  white body, with  navy blue trim on the sleeves. 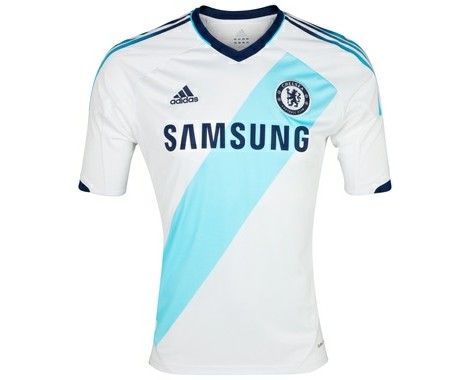 A navy v-neck collar ensures that all the various colours synonymous with our success in recent years are well represented, whilst the sleeves and shorts both feature a the first ever ‘fade’-effect three stripes on an adidas football shirt (apparently!)

As we’d expect from an adidas kit release, the new Chelsea Away Shirt 2012 – 2013 boasts the Techfit, Formotion and Climacool features that enhance athlete performance on the pitch. 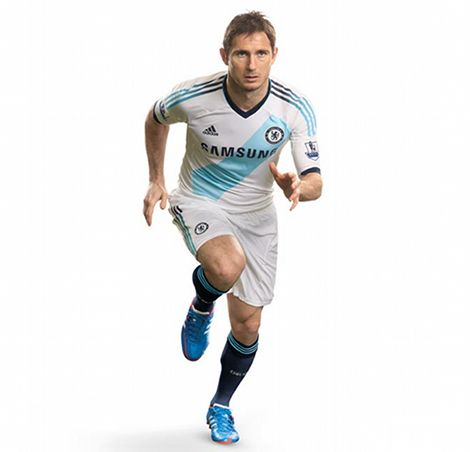 Expect the Chelsea Away Shirt 2012 – 2013 to get it’s debut when Chelsea travel to Philadelphia to play the MLS All-Stars on Thursday the 5th of July.

What are your first impressions of the Stamford Bridge outfit’s change strip for next season?