Chelsea new home kit for 2009 / 2010 didn’t exactly get universal approval when it was released a few weeks ago so it’ll be interesting what fans make of the new away kit which was revealed today. 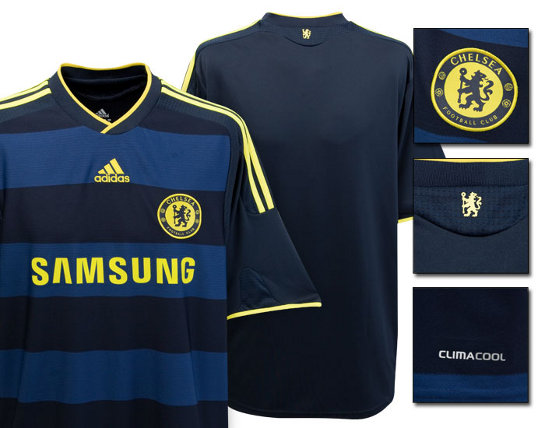 Made by adidas in Dark Navy and Neon Yellow, the shirt is now available for pre-order, goes on retail sale on 23rd July and will be worn by the Chelsea first team a day later when they meet AC'  Milan.

Engineered mesh in the fabric on the front of the shirt, coupled with the 3D Formotion cut allows complete freedom of movement. Waffled Climacool fabric and mesh panelling across major sweat zones will increase comfort and ensure players remain cool and dry (unless they get a Norwegian ref again). 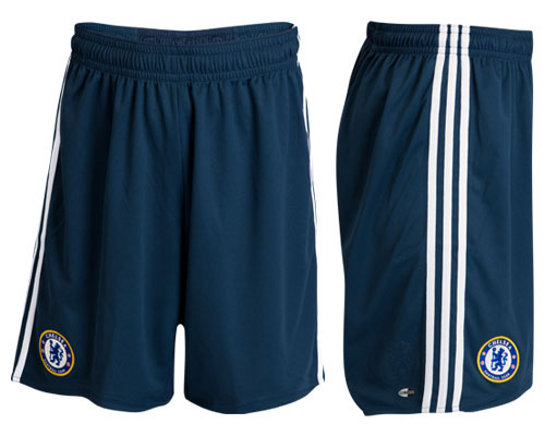 The shirt also has a new collar design tipped in neon yellow, giving a ‘v’ neck impression with the Chelsea lion printed on the back of the neck.

The short sleeved version will cost you £39.99 with outsize and long sleeved shirts coming in at £44.99.

Written By
Felipe
More from Felipe
Agent of former Inter coach says reports linking him with the English...
Read More