It’s almost time for Euro 2012, and we couldn’t be more excited here at Footy-Boots.com. So, with less than a fortnight to go until it all kicks off in Poland & Ukraine, Mars are giving you the chance to  win one of 15 England Supporters shirts!

In the run-up to Poland & Ukraine this summer, Mars – as an official supporter of the England team – are giving away these rather nifty England shirts on promotional packs of Mars bars throughout the summer – but we’ve managed to snag 15 (Yes, that’s right, fifteen) to give away to our audience from Mars, to help you and the rest of the country get behind the England team! 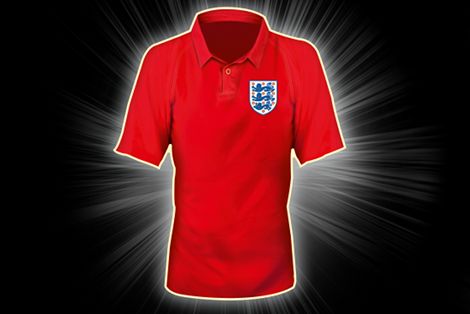 Reminding us a little of the Home Shirt from the 2010 World Cup, but in the classic England Away Red, we want to make sure that you guys get these top bits of kit before the tournament starts.

So, all you have to do is answer this question:

Theo Walcott is the youngest player to ever score a hat-trick for England. But who did he score his 3 goal-haul against? [gravityform id=9 name=MARSEngland Supporters Shirt Competition title=false description=false]

This competition is open to everyone and – as usual – the standard Footy-Boots.com competition Terms & Conditions apply.

So, fill in your details, go and join in the Facebook chat, and you could have a nifty supporters shirt on the way to you sooner rather than later!

Written By
Kyle Elliot
More from Kyle Elliot
The Canaries reveal their all-new home shirt for the 2012-2013 season -...
Read More