Following up on our behind the scenes look at how the Allianz Arena was preparing to host this year’s Champions League final, we’ve got word that the Allianz arena is now officially ‘Green-lit’ for the big game next week. 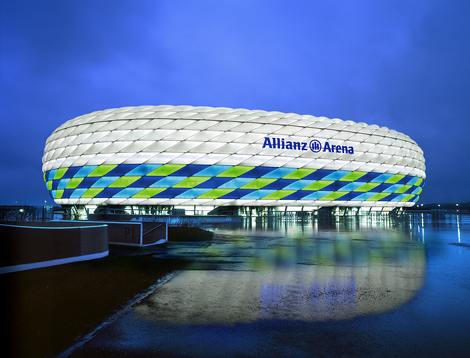 Remember the cool pics we showed you of the Arena lit up in the respective teams still in the semi-finals? Well it’s finally been decided that the stadium will boast a White/Green/Blue colourscheme during the game, with a ‘belly-band’ (their choice of words, not ours!) of two shades of blue and green across the white lights of the stadiums’ ‘cushion’ exterior.

adidas will, of course, be massively pleased with the choice, as now the stadium is a perfect match for their Finale Munich ball! 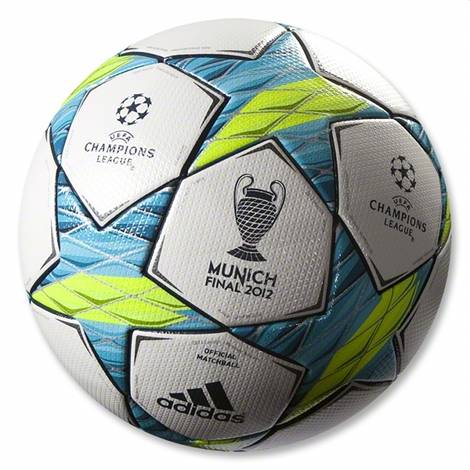 Meanwhile, fans in London will be able to experience the Allianz Arena all for themselves this weekend, as a unique 3D artwork will be on display from Saturday May 12 – Monday May 14, 2012 at Westfield centre, White City.

As well as check out the unique installation at the shopping centre, fans will be able to post their pictures to Facebook and – on the Monday only – hang out with Bayern Munich and Liverpool legend Dieter Hamann.

The excitement is building, are you looking forward to the Munich final?

Who will walk away victorious? Let us know in the comments!