Being the adidas boot-of-the-moment, expect to see an awful lot of the adidas Nitrocharge 1.0 during this season’s Champions League – with this Vivid Red / Electricity colourway set to be spied on the feet of mascots and more during the 2013-14 incarnation of Europe’s top club football competition.

As well as the Champions League aspect, you can also bet your bottom dollar you’ll see this Nitrocharge on the feet of some of Europe’s top players, too!

Launched by Dani Alves and Danielle de Rossi, we’ve seen plenty of top talent take to the adidas Nitrocharge 1.0 – even Steven Gerrard and Frank Lampard have been tempted away from their usual boots on more than one occasion! 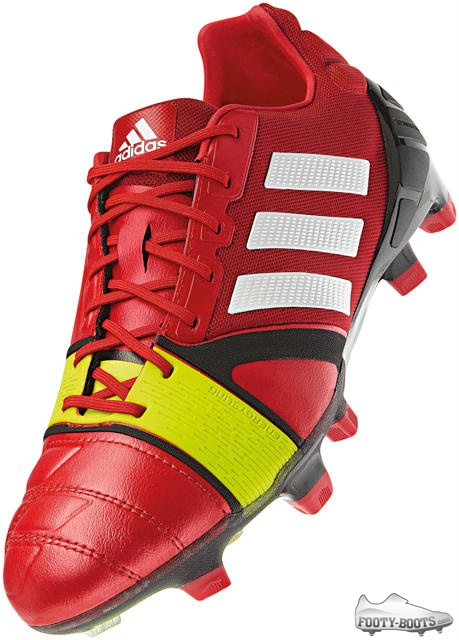 Of course, that should be no surprise; the adidas Nitrochrage is right up there as one of the best all-around boots on the market at the moment.

Billed as an ‘energy’ boot for the box-to-box breed of player, the Nitrocharges are packed with clever features designed to optimise energy output as well as keep players comfortable for the full game.

The Energysling across the upper and Energypulse in the soleplate keep the foot in perfect sync with the boot, locking the foot in place and ensuring proper energy from each step. 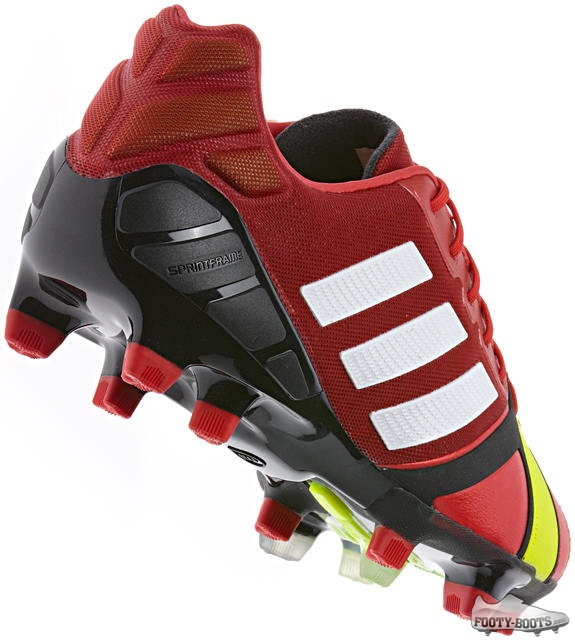 Comfort is boosted by a running-shoe-inspired ‘tech mesh’ that moulds and adapts to foot shape for a sneaker-like feel, whilst being durable enough to withstand wet weather and abrasion.

The forefoot is adidas’ leading synthetic leather; HybridTouch. Designed to mimic the properties of K-leather without the ethical debate, HybridTouch is also used on the Predator LZ.

Available to order from today, expect to see the Vivid Red adidas Nitrocharge 1.0 feature heavily in this weekend’s international fixtures and retail for around Ł155 or $220 US.

Thoughts on this colourway?

CHAMPIONS LEAGUE UPDATE FOR ADIDAS NITROCHARGE 1.0, 9.7 out of 10 based on 27 ratings https://www.footy-boots.com/wp-content/uploads/2013/09/adidas-nitrocharge-1-0-vivid-red-electricity-champions-league.jpg