To us, it still feels like Cesc Fabregas is a Puma newbie – but at a little over two years of his career clocked in with the Big Cat, the Spain international is one of the crown jewels of the Puma collection.

Classy on the ball, but fierce on the pitch, with a happy knack of scoring some absolute belters (see his two vollies against Cartagena and Getafe last month) Cesc is every inch the sort of player that epitomises what Puma are striving to embody in the evoPOWER.

We sat down for a chat with the World Cup winner to see what his thoughts on the new boots are, as well as a season of change for Barcelona and a fresh challenge for the mighty Spanish national team this summer.

Were you surprised when Puma presented you with the ‘barefoot’ concept of a the evoPOWER?'

Yes! The first test, I said to myself; “What are these people doing? Are they crazy!?’!

But actually, it’s real. When you kick a ball barefooted and again wearing the evoPOWER, you can feel the similarity.

That’s why it’s special to be part of a big brand like Puma; they’re always surprising you and the boots are great to wear, I’m very happy with them.

We got to see you take on the evoPOWER wall tonight. With you, Marco, Mario and Thierry all on set – was it as do as it was to watch?

It was fun – but you feel more pressure trying to shoot in front of fifty people than ninety-thousand!

It was a different atmosphere, everyone wanted to win out there! It was nice to meet the guys – it was the first time I’ve met them all on personal terms, and they were nice. I’m pleased for the winner – Mario – but I’m still very, very happy. 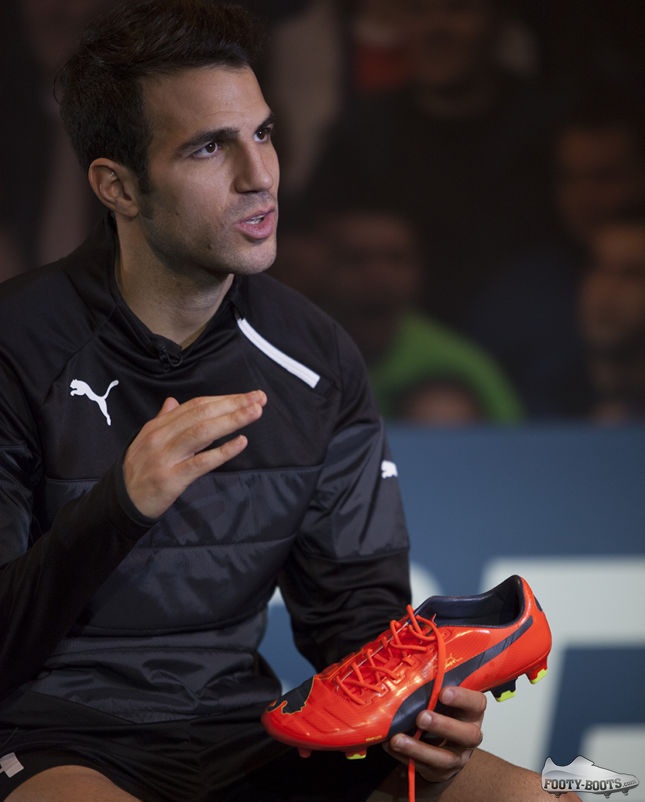 A former partner-in-crime of yours, Mathieu Flamini, is having a wonderful season back at Arsenal – have you been keeping up with his performances?

I’m very happy for him! He’s a close friend to me, he has a lot of injuries and didn’t enjoy the best time at Milan. But he’s a very happy guy – he sees positives where there might problems and I’m really happy for him, very proud.

Barcelona have played a little more direct this season, is that inspired by the good things happening in German and English football?

If you score six goals in a game, that means you have to have attacked at least six times.

Maybe we were overplaying it a little bit, he’ll say ‘Attack, attack!’. There’s no need to always turn on the ball and pass.

We hear so much from players who have played at or came through at Barcelona about ' possession play – what do you work on in particular that epitomises that?'

We train on it a lot. There’s one game that we play that’s 10 vs 10 with all of us in the box. There’s no offsides and no goals, we just have to try and pass the ball, and if we lose it, win it back.

At whatever cost, we cannot let the other team make more than two or three passes. Defensively, the most important thing is how you switch on in those two or three seconds when the opponent gets the ball.

At the start of the season, we were winning a lot but games got a little bit crazy – that’s what we’re realising; we need to be smart. 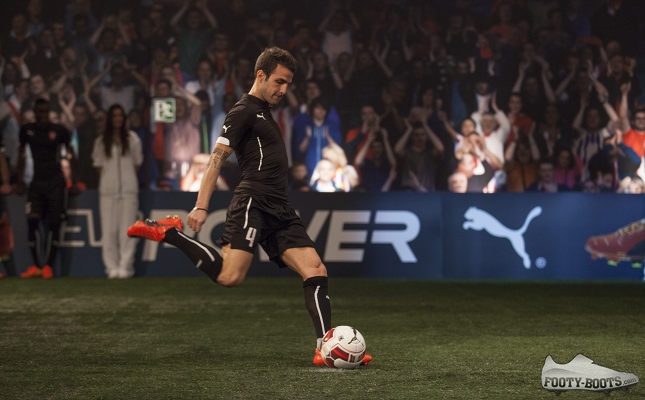 Carlo Ancelloti said last week that he’s never seen a situation like the one Iker Casillas is in at Real Madrid. How could you see yourself coping in that situation at the club you love?

It’s difficult. For a goalkeeper, it’s a different world; if a goalkeeper doesn’t play, he never plays, unless it’s a situation where you play in the Champions League and the Cup like Iker has.

As an outfield player, you always have the chance to come on even if you’re not on the pitch. There’s three players that could be substituted on, maybe there’s injuries, but if you’re a goalkeeper – most of the time – if you don’t start, you don’t play.

So, that’s why it’s difficult for me to understand how Iker must feel.

I can imagine he must be suffering; he’s been first choice for club and country for god-knows how many years. He’s a goalkeeper that pulled off a save against Robben – we still don’t know how he did it – and won the World Cup for Spain, and won the Champions League when he was only twenty-something years old.

But that’s the job of the manager – they get paid to make decisions and, at the moment, he’s making a difficult one.

The PUMA evoPOWER football boots are available from retailers from February 1st. Head to PUMAFootballClub.com to conquer unique challenges and get closer than ever to PUMA players.

Written By
Kyle Elliot
More from Kyle Elliot
One of Europe's most historic futsal brands heads into the US market!
Read More