Based on the well-known song: ‘We Three Kings’, the story of Glasgow’s famous Green & White is sure to be a massive hit with fans, who always eagerly awaits for the Club’s film. 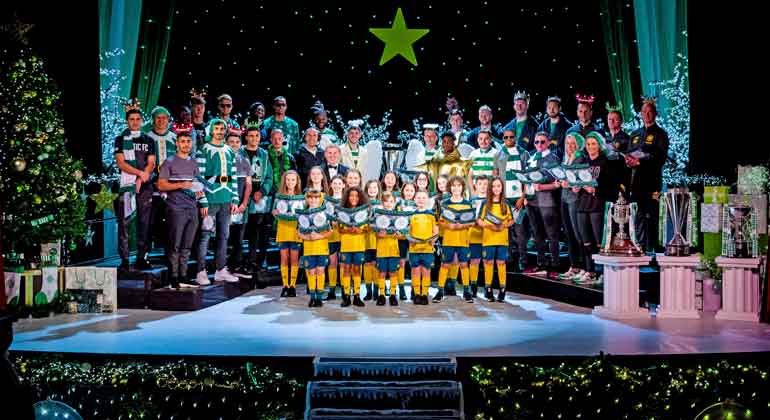 Edouard the Celtic star man arrives on set, while the captain Broony runs the show backstage. Defender Bolingoli gets into a little trouble, but Celtic’s homegrown hero James Forrest steps in to save the day.

Celtic’s are flying this season with Callum and Ryan, while defensive duo Christopher Jullien and Kris Ajer keep it cool at the back.

With the show ready to begin, Neil Lennon looks on as the curtains come up with the title taking, history-making stars lighting up the stage! 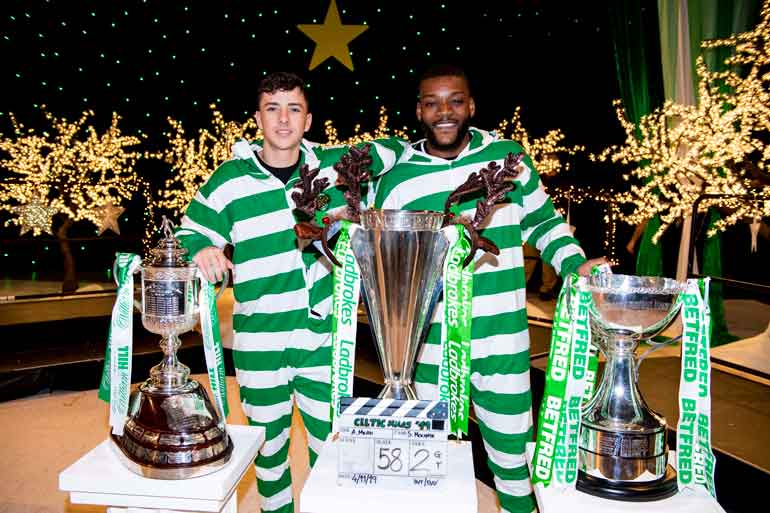 Congratulations to the Celtic Football Club for announcing that the original song created for this year’s film ‘Star of Glasgow’s Green & White’ is being released as a single with proceeds going to Celtic FC Foundation’s Christmas appeal. Helping local families who are facing poverty to enjoy the kind of Christmas we all take for granted. To provide food on the table and gifts for the kids and make sure Santa pays a visit on Christmas Eve.

The Appeal will also support a number of initiatives working with refugee families who have come to Scotland, as well as assisting Glasgow Children’s Hospital Charity, Spirit Aid and many other great causes.

The charity single and all the festive products showcased in the Celtic Christmas Ad are available NOW in-store and online at celticfc.net/store.