Nike have been going kit-crazy over the past week, but have they released their craziest kit so far this season with the new Celtic Away Shirt 2011-12?

Striking in a yellow and black stripe that is sure to stand out on the pitch, there will be no hiding for the Hoops on the road in their new Celtic Away Shirt 2011-12!

The rest of the shirt follows a contrastingly orthodox template, with a classic crew-neck collar and solid-yellow sleeves. 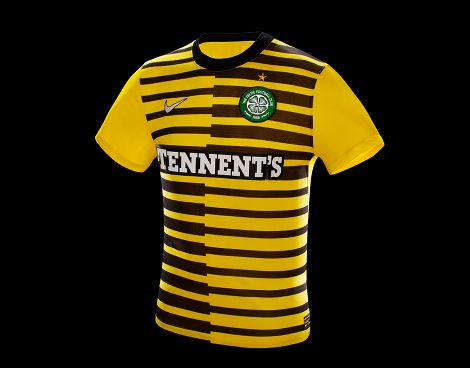 One thing we will say about the Celtic Away Shirt 2011-12 –  it certainly makes it hard to read the numbers on the back of the shirt!

Nike have gotten into quite the habit of experimenting with Celtic’s away kit, given the luminous shades used on last season’s affair – we like to think that given they can’t really tamper with the classic Green & White home kit, they cut loose with the away kits instead! 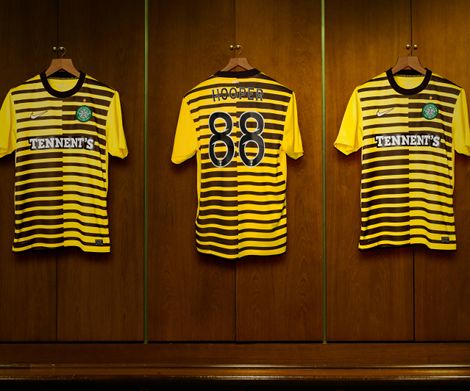 As with their other kit launches, Nike have released an accompanying video, which stars Kris Commons, Gary Hooper and Ki Sung-Yueng talking about what it means to play for a club with as richer history of winning as Glasgow Celtic.

We’re fans of the Celtic Away Shirt 2011-12 here in the office (though it is somewhat similar to the Malaysia Home shirt from the Asia Cup!) and think that it looks great with the tour yellow Nike CTR360 II football boots that Commons and Hooper are wearing! 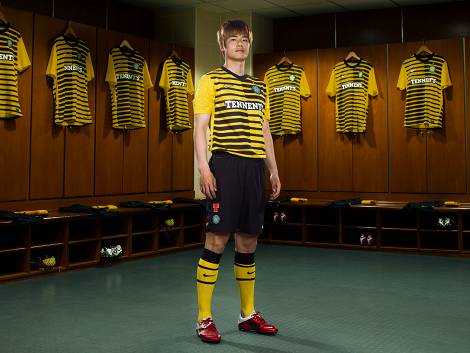 Pre-orders open today for the Celtic Away Shirt 2011-12, and will be hitting retail early next month!