Whilst the world is full of great, iconic football clubs -not many can boast a 125 year history. Today Nike celebrated Glasgow Celtic’s unbroken run as one of world football’s great institutions with this incredible Celtic 125th Anniversary Kit.

“On Sunday November 6th 1887 eight men gathered in the meeting hall of St Mary's Church in the East End of Glasgow, and Celtic Football Club was born.”

And with that astounding century-and-a-quarter landmark coming up, Nike have designed the Celtic 125th Anniversary Kit' to replicate' the uniform worn by Celtic in their very first match on May 28th, 1888. 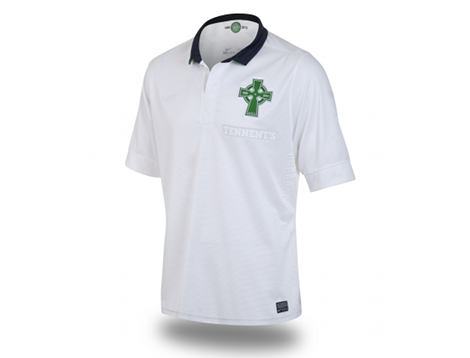 Whilst the kit’s design is a a throwback to the Victorian era, the materials and construction are anything but; featuring Nike’s ground-breaking recycled materials in it’s construction to make the Celtic 125th Anniversary Kit' 23% lighter and 20% stronger than last season’s home shirt – as well as keeping players dry and comfortable whilst they play.

The commemorative kit will be launched on October 2nd in stores, and is' accompanied' by a special video, produced by Nike. 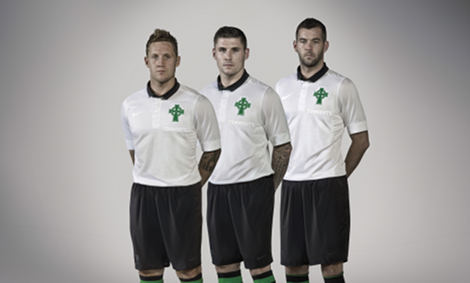 As well as featuring Neil Lennon and the current squad, celebrity fan Billy Connelly provides the voiceover to this subtle, stirring film that reminds us somewhat of Nike’s ‘Voice of the Stadium’ featurette for Boca Juniors.

We definitely think this is a great move (and a great kit) from both Nike & Celtic FC, giving fans something historic – yet completely different to the current kit – to mark a huge milestone in the history of Scottish football.

Special thanks to DDChile for posting this up on our Facebook page!

Written By
Kyle Elliot
More from Kyle Elliot
We take a look at the upcoming FIFA 11 from EA Sports...
Read More