At this time of year, it’s not unusual to see the words “on ice” at the end of a sentence. Disney on ice, Mother Goose on ice, Sleeping Beauty on ice….you get the idea.

But football on ice? Yep, that was a new one on us too.

OK, most pitches up and down the UK might be frozen over right now, but as we endure the coldest weather conditions of the year, FIFA World Cup 2010 sponsors Castrol have this week launched a new “Extreme Football” campaign designed to take the game into the Extreme Sports arena. 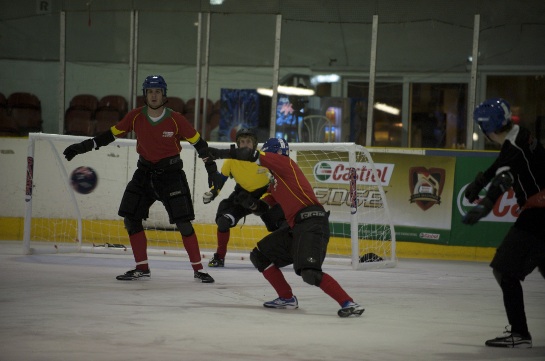 Using two specially constructed pitches made of ice and sand, Castrol put two university teams through their paces under the watchful eye of Arsenal legends Martin Keown and Nigel Winterburn.

The viral campaign for Castrol brand EDGE features two rival teams from the Universities of Brighton and Exeter, who under the management of Keown and Winterburn took on two extreme games of football over the course of a week. Each match was designed to take players outside of their comfort zone by putting them through the extremes of the British winter.

Filmed against the glamorous backdrop of Basingstoke’s Planet Ice, the two teams under the weathered eyes of two Arsenal defensive stalwarts took to the ice for a bone crunching showdown that yielded eight goals. The first encounter was followed by a trip to the South West as the teams descended on a windswept and rain soaked pitch on Weston Super Mare’s beach front to once again tackle football in its most extreme. 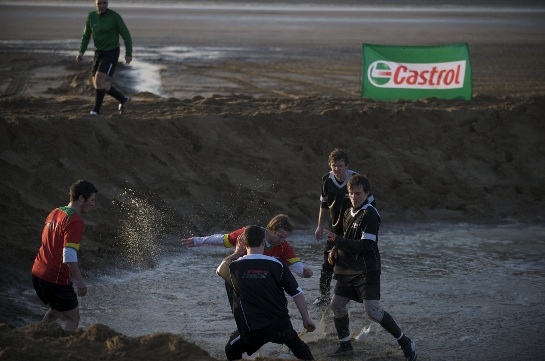 The week was one big experiment; we took good players and threw them into extreme situations that would push them to the limit. Both days were shot in extreme cold and the players’ bodies really suffered.

They may have been cold and wet but this whole exercise really helped to bring them together as a team and show you what real football fans will put themselves through for their love of the sport.

Keown’s former Arsenal team mate, Nigel Winterburn seemed to have a ball on the sidelines, commenting:

This was a hilarious week. To begin with I didn’t believe it would be possible but having seen it in practice everyone had a great laugh and the players loved the challenge.

Both the ice and the sand took football into an extreme environment that I have never seen before and should be really interesting for football fans ahead of the World Cup.

Castrol EDGE is an “extreme tested” product that is designed to help engines perform under extreme conditions.

Written By
Felipe
More from Felipe
Bottom of the table Portsmouth have had their transfer embargo lifted by...
Read More