In a neat marketing stunt to sell beer, Carling are offering to swap your football shirt with a new one if your old shirt has the name of a player recently transferred away on it. 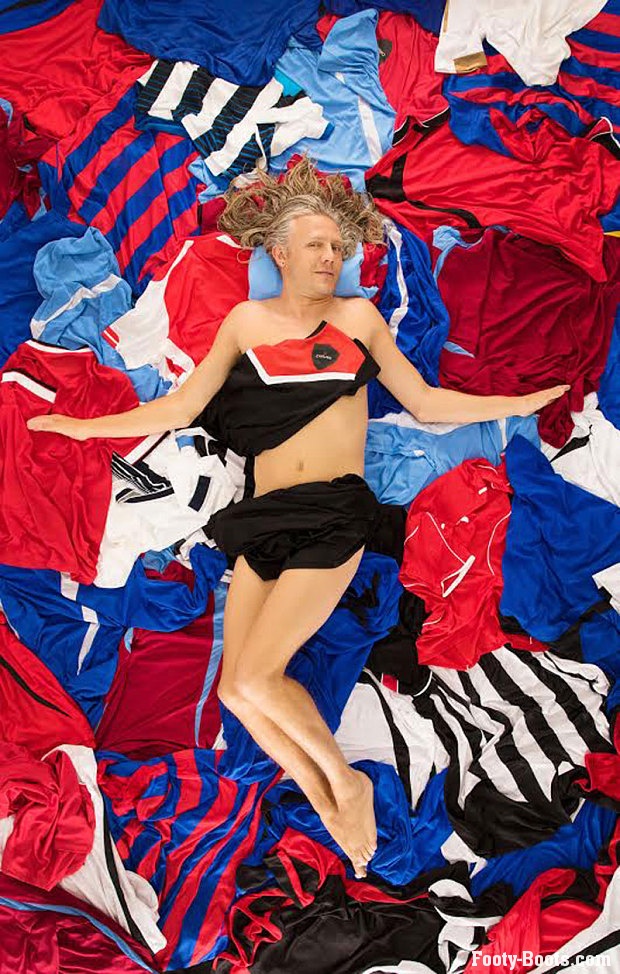 To support football fans during the transfer window, Carling has launched a nationwide Shirt Amnesty. UK supporters can swap a football shirt with the name of a recently sold player on the back for a new one.

Carling are also offering fans £10 off official football shirts via promo codes on Carling beer in stores and pubs. The promo codes can be redeemed at Kitbag.com

In launching the campaign, Carling brought in former Premier League footballer Jimmy Bullard to recreate the image from the movie American Beauty. In the promotional photo, Bullard is pictured laying on a bed covered in football shirts.

Jimmy Bullard said of the campaign: “Get on this people! Carling’s Shirt Amnesty is the chance for fans to swap a shirt of a player who has now left your club for one of the new heroes your club has hopefully replaced him with. I was in the game long enough to know what it’s like for fans to have players jog on unexpectedly so anything that gives back to those fans is a winner in my eyes.”

Written By
Michael D
More from Michael D
We scour the best of what Amazon has to offer with 5...
Read More