You are very young, but do your generation ever think about the 1950 World Cup final which Brazil lost at home to Uruguay?

Obviously it was well before my time, and before my parents’ time, but we are all aware of it. It shaped Brazilian football and felt like a tragedy at the time.

But it was also a catalyst for improvement and we have won five World Cups since. It’s a good story and I understand that if we reach the final in the summer there will be lots of mentions of 1950. But the current squad won’t be thinking about it. You can never undo the pain of that match but we can bring joy by doing something beautiful in 2014. That is our aim.

Non-Brazilian fans were amazed by the passion and belief of your supporters during last summer’s Confederations Cup. How much impact do your followers have? 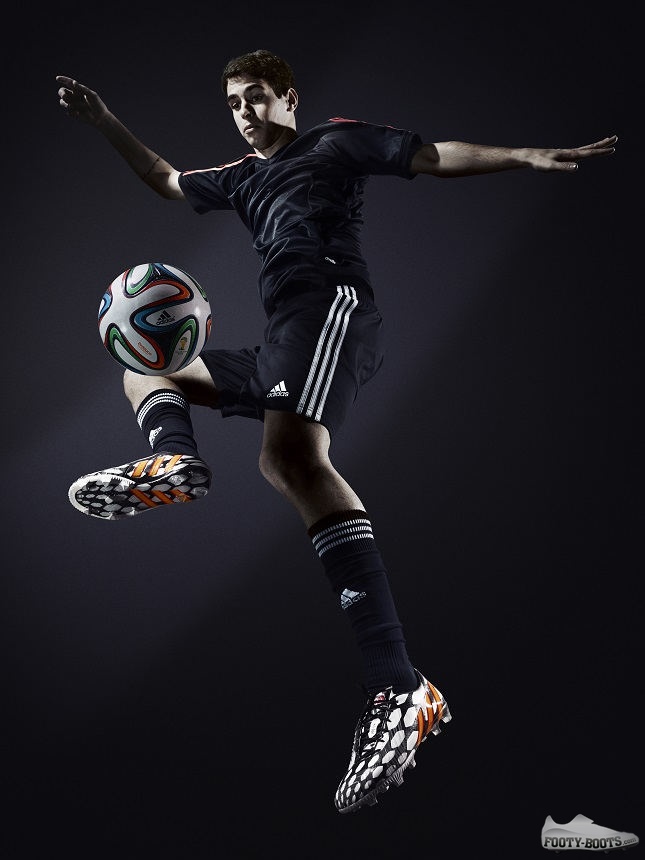 Inside the stadium, before the matches and during the national anthem, our fans give us so much energy and motivation. You can see it their eyes and hear it in the way they sing, it means everything.

The fans are very expressive and when you do something well they let you know. The other side of that is that they also let you know if they are disappointed or feel you have let them down.

They are very much part of the team and squad. But it isn’t just the people at the stadium. We are driven and amused by messages on twitter and Facebook. You know yourself when you have had a good game, but to read fans’ comments and praise is always nice.

Your group features Mexico who beat Brazil in the 2012 Olympic final. Is revenge on your minds

That was a hard defeat to take. We had a very good side but it didn’t go well for us at Wembley that afternoon. But great teams always learn from defeats and I remember the feeling I had on that big, famous pitch when the final whistle blew.

I have tried to use it to inspire me to give everything in every match to avoid painful losses. We are not on a mission to gain revenge again any particular team at the World Cup, but if beating Mexico is part of our journey, it could go some way to making up for the Olympic final.

Some people thought you’d take time to settle in the Premier League, but you adapted instantly and have become one of Chelsea’s most influential players.

Were you surprised how quickly you settled?

I was always sure of my abilities and attitude. You have to be if you want to make it as a top level player.

There have been some difficult moments in the Premier League, but the truth is hard-work, preparation and eating and living properly give you an excellent chance to adapt and thrive in new environments.

Skill and technique are useful and I try to develop that side every day, but they are nothing without hard work. That goes double at a World Cup.

There are some big men in the Premier League, and you are not a huge person, but you don’t just cope with the physical side, but you seem to love it. Do you agree?

I always knew English football would be tough and physical, but it didn’t worry me. I love getting stuck in and battling with other players, within the rules of course. This will also help me in the World Cup.

Being able to withstand strong players who are much larger than me, and coping with physical tactics can only help me in the World Cup.

And I think a lot of it is in the mind. If you play with fear or worry about getting injured are knocked off the ball, you will. I just give 100% every game. I think the Chelsea fans like the way I get ‘stuck in’. It’s almost a mandatory requirement in the Premier League.

Which European sides do you think will do well at the World Cup?

I have been very impressed with Germany in the last few years. They have so many young but established players and a new generation coming through.

Anyone who has watched Bayern Munich will know how powerful and complete Bastian Schweinsteiger and Toni Kroos are in midfield.

And in goal there is Manuel Neuer who is a brick wall, but an extremely agile one with good feet!

Would you like to meet Spain? The hosts and most successful World Cup team versus the holders and double European champions has a nice ring to it.

I have heard many neutrals would like to see a Spain versus Brazil final. It would be great match.

We beat them in the Confederations Cup final last summer, but I don’t think they played to their true ability in that match. Spain are still World champions and have players who can hurt you.

Xavi, Xabi Alonso and David Villa are still playing at the highest level for their clubs and can control or decide matches.

The younger guys like Koke and Alvaro Morata are waiting for their chance to make an impact. It’s a pleasure watching Spain play, unless they are your opponents.

And we mustn’t forget your home from home, England

Brazil –England matches are part of World Cup history. And they are normally a good omen for us.

We beat them in 1970 and later won the World Cup, and did the same in 2002. I know the English stars very well from my time with Chelsea.

Gary Cahill is a teammate of mine and he is improving so much. He is strong, quick and has great feet. In attack he can contribute when the ball breaks loose in the area after his team have taken a corner or set-piece.

If Gary gets a chance in the area he usually hits the target. He is always unruffled and doesn’t panic on the rare occasions he gets forward.

Central defenders who are comfortable on the ball are vital if you want to go far in international tournaments.

Frank Lampard has taught me so much and I appreciate his advice. To play in the Champions League for over ten years, especially in central midfield, takes so much class and dedication.

Aside from your friends from Stamford Bridge, who else from England impresses you?

I love watching Liverpool’s Steven Gerrard. He has been a famous name for many years, like Frank Lampard, and drives the England team forward with his leadership.

Gerrard has been able to modify his position and style in the last few years but is still very important to England’s chances.

What are you looking forward to most off the pitch in Brazil?

There are the obvious things like seeing my family and friends, although obviously we won’t be there on holiday, but relaxation and doing some pleasurable things in your spare time can be key to succeeding at tournaments.

You can’t think about football all day every day, I don’t think that is my style. Being back in my home country is always a boost.

You can relax very quickly when you are back among your own language again. It’s always nice to watch ‘your own’ TV and listen to ‘your own’ radio and read the papers and magazines that you can’t always get hold of in Europe.

I am also looking forward to authentic Brazilian food. It’s what I grew up with and am used to. For me it is the best. The food Chelsea prepare for us at training is very nice and healthy, but nothing beats Brazilian food if you ask me.

Written By
Kyle Elliot
More from Kyle Elliot
The transfer market rumbles on as Darren Bent makes his mark at...
Read More