Fantasy Football is, without exaggeration or hyperbole, one of the greatest things ever.

Whereas my season as manager of F.C Footy-Boots was more disastrous than when Nicolas Anelka’s brother Claude took over in charge of Raith Rovers in 2004 (look it up, kids) thanks, mostly, to me building most of the squad around West Ham’s then-new-signing Luis Jiminez and my insistence on making Titus Bramble captain.

For most, it was an awesome Premier League season of twists and turns, with Torres’ fitness a constant gamble, deciding whether Ledley King would be able to play this week or seeing Robbie Keane slam 4 goals in in September, only to be shipped out of the league entirely in January (thank you, Harry Redknapp!).

So, we’ve racked the stats from the official Premier League fantasy football league, to come up with the best teams possible for 4 of the biggest football boot brands, based on the players that wear their boots: read on to find out who came out on top! 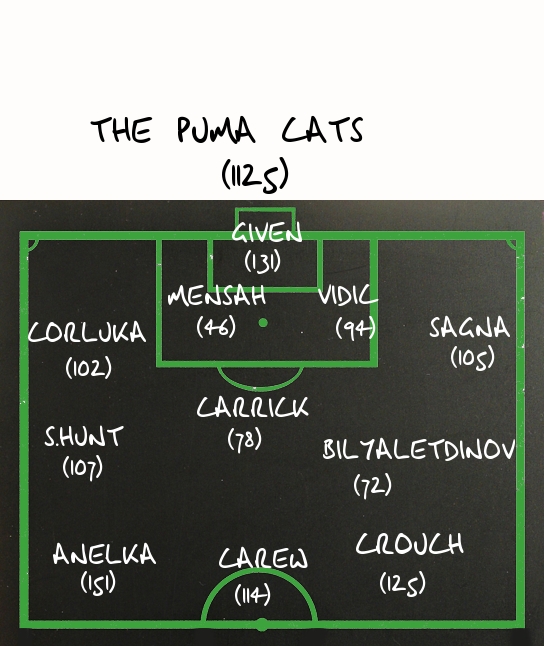 Star Man: Nicolas Anelka was the Puma team’s highest scorer. Spending most of the season in his Puma v1.10‘s (although he did give a sneaky debut to the Puma PowerCat 1.10 Tricks in April) Anelka’s proven his worth at Chelsea, playing upfront alone, behind Drogba or wide opposite Malouda the Frenchman’s versatility has been invaluable this campaign.

Surprise Package: Hull City’s Stephen Hunt had his season cut short by injury – but the Puma King XL wearer was still able to rack up an impressive 107 points by snatching several key goals and deputising for Jimmy Bullard on penalty duties. 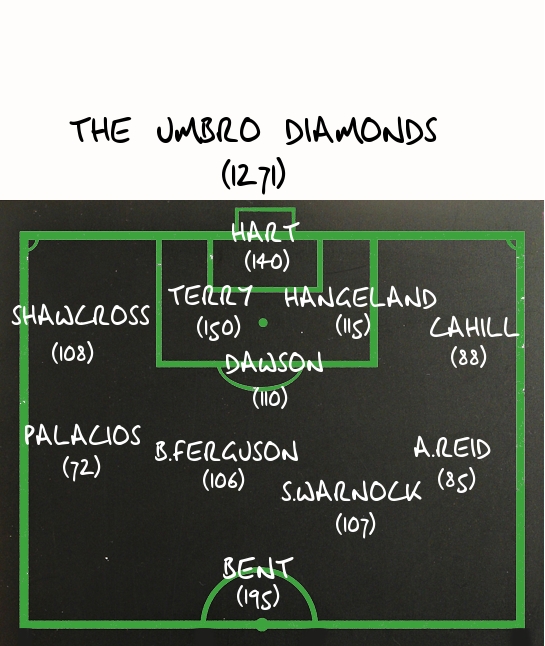 Star Man: Darren Bent had an unstoppable start to the season with Sunderland. Despite flagging towards the end of the campaign, the Umbro Speciali man had a point to prove after his Twitter-tastic transfer talks landed him in hot water at Tottenham. A point he proved magnificently – earning him a spot in the 30-man proisional England Squad.

Surprise Package: Another Sunderland man, and another Speciali Wearer! – Andy Reid, collected an impressive 85 points in his heavily-hampered season. The Midfielder was a vital asset to the Black Cats before being forced off the pitch by a hamstring injury in February. 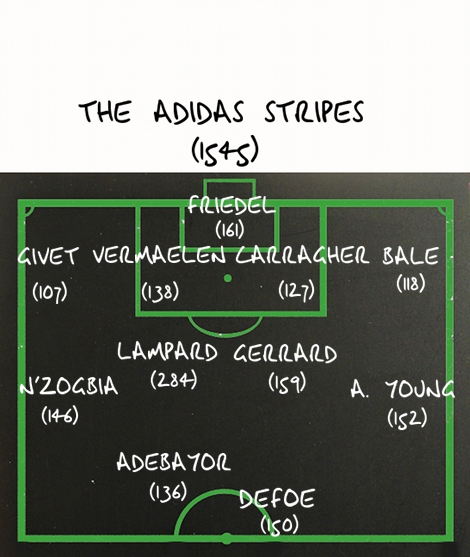 Star Man: adiPure III specialist Frank Lampard wasn’t just the highest-point-scoring player on the adidas team, but the whole league! Assists, goals, clean-sheets, minutes played – ‘Super Goals’ Lampard had the complete package this season. Highlights include helping himself to 4 goals and 1 assist during Chelsea’s mauling of Aston Villa in February

Surprise Package: Could go to Blackburn’s Gael Givet, or Tomas Vermaelen of Arsenal considering his it’s his debut season. However, we’ve got to give it to Charles N’Zogbia. The Wigan wide-man was written off by many after his…less than classy departure from Newcastle. But the Frenchman has refused to be brushed aside as stubbornly as he clings to his Predator Powerswerve football boots, and has been Wigan Athletic’s most consistent performer this season. 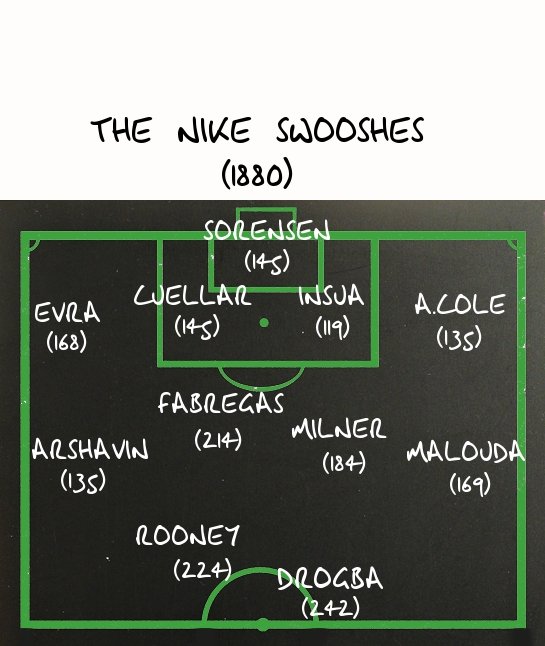 Star Man: The irrepressible Didier Drogba takes this honour for overall winners, Team Nike. Just when everyone was discussing who was the best player in the World – Rooney, Ronaldo or Messi – the Mercurial Vapor Superfly man blasts home a hat-trick on the last day of the season to give the World another player to add to that list!

Surprise Package: Aston Villa’s Carlos Cuellar is something of an unsung hero. The Tiempo Legend III wearer has partnered Richard Dunne in a solid Villa back four for all but two games this season. Keeping 15 clean sheets and helping himself to a memorable goal against Manchester United, the big Spaniard can look forward to another solid season come August.

Who was in your team this season?