Inspired by the fields of 3 World Cups, refined on the heated Futbol courts of Sao Paulo and tested by Footy-Boots.com in… West Yorkshire, we get to grips with the Top boot in the Pele Sports range – the Pele Sports 1970! 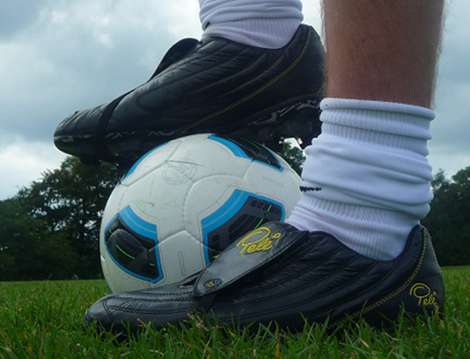 One word would effectively sum up the fit of the Pele Sports 1970 – Roomy. These football boots are clearly designed so that anyone, even those with wider feet, can simply slip them on and have a play.

The elegant one-piece leather upper (more on that later!) has plenty of give in, meaning the boots crease and mould wonderfully, the more that you play in them, the better they get!

Another nice feature of the fit is that Pel'© Sports have increased the height of the midsole area of the boot by 5mm (similar to the Asics Lethal DS3), which sounds like nothing, but when you slip your feet in and play – you really notice the slight change in stance for the first couple of wears.

The difference that makes when playing is really on you’d have to experience, there’s a lot less tension in your legs and back, but it’s definitely strange for the first couple of wears. Overall it’s definitely positive and I hope that a few more brands introduce this feature into their football boots.

As for the initial breaking-in period, it just wasn’t an issue. Having reviewed similar boots in the past, I knew that the Pele Sports 1970 was unlikely to give me any bother. The real magic of the Pel'© Sports 1970 is that they’re great on first wear, but just improve the more that you wear them. 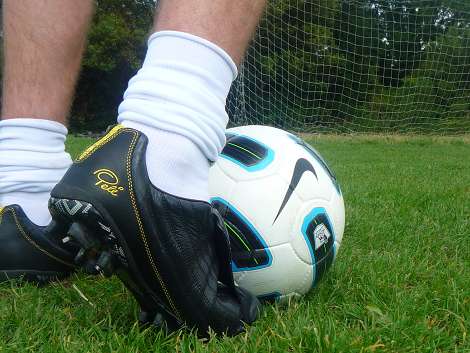 Firstly, let’s get the negatives out of the way – the lovely gleam that comes with the Leather Upper’s lovely stickiness will fade as you play in the boot, no doubt about it.

As it’s a coating on the top the leather, if you’re an all action player that doesn’t mind slide tackles and generally getting stuck in on firm ground (the opposite of me, then!) you’re going to see that start to disappear – that’s not to say that any of the functionality goes with it, just that once you’ve played in your Pele Sports 1970, don’t expect to be able to have them looking like new again.

As for the other aspects of the boot, there’s a lot of thought gone into player safety. First of all, the heel counter is much more solid than it actually looks. From the side it looks like a continuation of the leather, but looking underneath the boot you’ll see that it’s a high-density Polyurethane that runs from the sole and continues under that smooth leather facade.

Finally, the chassis of the boot has a double layer of reinforcement, meaning that the whole sole has a nice bounce to it, so if you find yourself going up for headers a lot during a game, the 1970 will make sure you have a softer landing that a single-layer carbon fibre sole would. 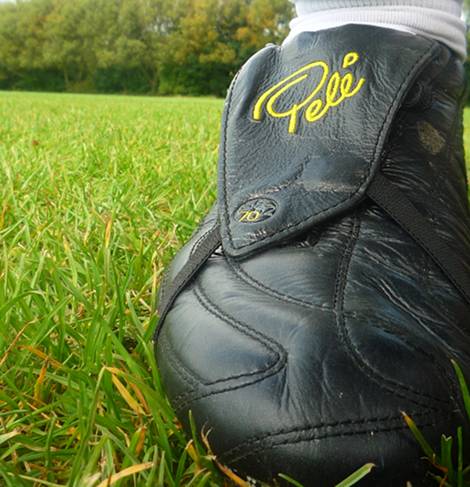 From everything I’ve said thus far, you should be able to guess that I’m going to applaud the Pele Sports 1970 for it’s feel on the ball.

There’s a good reason that many of the best boots in the world strive for a one-piece upper (or as close as they can get) and the Pele Sports 1970 is the epitome of why it’s the holy grail of boot design.

The boot bends and sways with the natural contours and movements of your foot, and gives a great feel when doing just about anything with the ball; juggling, turns, passing and crossing are all awesome as you can really wrap your foot around the ball.

I also enjoyed getting back to basics in terms of shooting in the Pele Sports 1970, after playing in the Concave PT+ Classic for a couple of weeks it was great to have that one to one contact with the ball again – though I admit, I do miss the feeling of smashing the ball with the Concaves, or even a weightier boot like the Nike T90 Laser III.

One odd thing that I did notice with the Pele Sports 1970 when playing in them is the resistance of the sole plate. Looking at the sole, you’ll notice that the forefoot of the boot is like a single sheet of plastic with the studs in. Whilst this obviously makes the boots less susceptible to leaking in wet conditions, there’s a lot less give in the toe area than many other boots on the market.

Which is a real shame, as the Pele Sports 1970 is solid in every other area, but having a ‘crease’ in the plastic, or a split-forefoot would give the chassis a bit more give and stop it feeling so stubborn when sprinting on the toes. 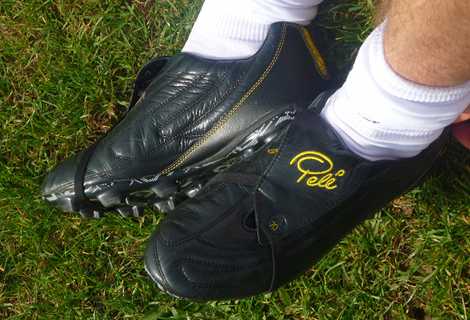 The Pele Sports 1970 does everything right that you’d expect from a top-level boot, and it even does the little things right that often get eschewed in favour of gimmicks and flash, it’s well put-together, it’s comfortable and the leather and materials in use are absolutely top drawer.

I’m a fan of the old school lace covering tongue (no one still does this nowadays!) and the boot fits like a glove, couple this with the other-worldly feel of the leather and the Pele Sports 1970 is a very satisfying boot to play in, indeed.

There’s just one or two things that could definitely be improved upon (this is Pele Sports’ first football boot, remember) and that’s getting the sole to be a little more flexible – I’m no bio-mechanics expert, but I’d guess that a more flexible sole towards the toes would help reduce stress on the metatarsals too.

And also, maybe look to reduce the weight a little bit – I’m no Prima Donna when it comes to boot weight – but even more traditional boots are being tweaked to be lighter nowadays, and if Pele Sports feel they can shave an ounce off the 1970 without compromising on their design and player safety they would have a market-leading product on their hands.