There was definitely the distinct air of ‘mixed reception’ when Nike launched it’s Elite Series of football boots earlier this month.

Some loved the distinctive new recolouring and the lightweight construction. Others were too busy picking their jaws up from the floor at the price.

We decided to take a look at the Elite Series football boot that’s had the most drastic change – The Tiempo Legend III'  Elite. 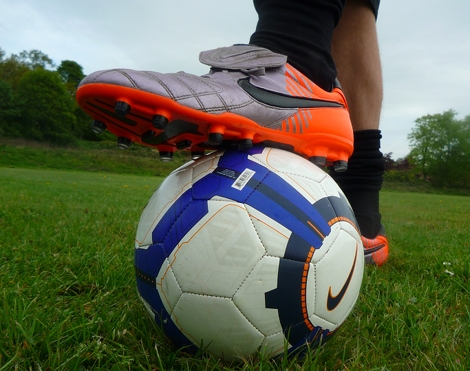 The Legend series has a look that completely belies it’s fit. Whilst classically-styled football boots like the Tiempo Legend always look like they’d sit on your feet like some well-worn slippers – personally I’ve found them to be a little unforgiving at first wear.

For starters, the top of the football boot is actually rather tight – a lot of people at this point are thinking “Seriously? Just loosen the laces!!” but hear me out – when I lace up a football boot, I like to have the laces plenty snug all the way up the foot (foot moves less in the boot, better feel when striking) however, after getting the laces all nice and tight, the entrance to the boot (under the ankle) was very pinch-ey.

After a little more testing, I pinned this down to the fact that this section of the boot is slightly higher on the Legends than on many other football boots.

Second point of interest was the heel. Back when I had the Tiempo Legend I’s I had awful issues with the heels rubbing, so it’s nice to see that Nike have addressed this issue as there series has progressed – even if they haven’t eliminated it entirely. On their first 90 minute run out, the Tiempo Legend III Elites left my right heel with, what you could best described as, mild irritation – but to be fair this was on a hot day on very firm ground, so they’ve definitely got that as an excuse.

The good news is, that after a further hour or so of play, both these problems disappear completely. So if you’re considering a pair, give them a good run out in a short training session or take them for a couple of kickabouts with your mates before you smash out a full 90 in them! 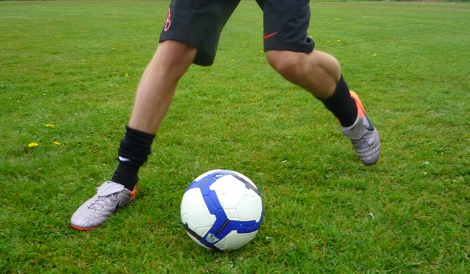 The Tiempo Legend III Elite‘s two main improvements are the all new KangaLite Upper and the Carbon Fibre Sole plate; both of which are contributing factors to it’s durability.

The KangaLite’s main selling points are that it is lighter than leather and retains less water than leather. Focusing on the latter point, it’s safe to say that this incarnation of the Tiempo Legends will stand up to harsh, wet conditions better than their standard counterparts. I struck believably lucky during testing, as I filled in for a friend’s 7-a-side team, who ply their trade on a new artificial grass pitch. It just so happened that the first 20 minutes or so of the game it was drizzling.

Looking at the upper at half time, you could see the droplets of water sitting on top of the football boot, whilst the inside was bone dry. As well as being able to cope with the rain, this should also stop moisture getting into other parts of the boot and eating away at the fabric on the inside.

The Carbon Fibre sole is also another great addition to an already solid football boot. Looking at the sole itself, you can see the areas in which the material has been shaped and strengthened to prevent to foot bending in unnatural ways, such as underneath the arch of the foot.

One issue that I have isn’t so much with the durability of the football boot itself – it’s with the colour. After a couple of wears the pearlescent sheen was already starting to fade from areas of particularly high friction, such as the outside of the football boot and the instep, which was definitely a bit disappointing from such a pricey pair of boots. 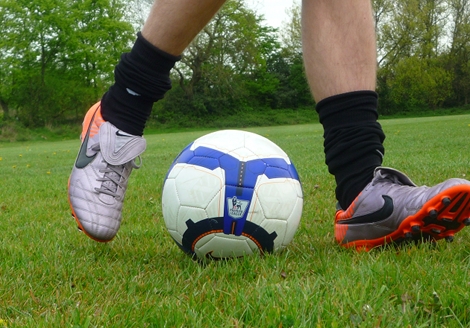 The feel of playing in the Tiempo is where the boot truly shines. Many will worry about the swap of the KangaLite in the upper – but rest assured the material is a completely different animal on the Tiempo Legend III Elite, compared to the Nike CTR360.

On the CTR360 Maestri, the material was obviously put through the wringer a bit. Formed into control pods and stitched around pass-pads, the material clearly not given the ‘breathing space’ that it needs, giving at an really artificial, too-roomy feel. On the Tiempo, the KangaLite is given the whole boot to show off why it’s a worthy successor the K-leather on the standard Tiempo Legend III, which it does rather admirably.

The boot bends naturally as you’d expect a leather boot to do, and feel for the ball is distinctly similar. One thing that does carry over from the CTR360 is the slighty ‘airy’ feel to the KangaLite. For me this was no bad thing, it makes the boot feel a little more giving, and gave the boot a nice ‘light on the foot’ feel, but some purists might not like this factor. 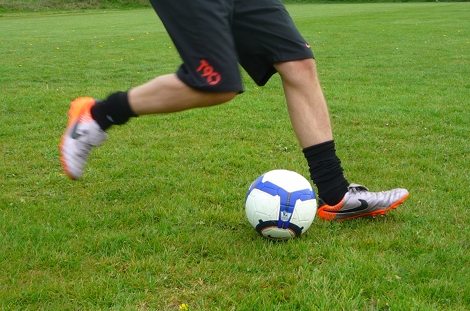 The Laces sit centrally, so the football boot feels snug all around the foot. So, as you would expect, passing and close control are both an absolute joy in this football boot. The area towards the toe and the instep are both nice, pure bits of KangaLite to catch the ball with; so the simplest instep lay-off is as satisfying as whipping in a corner.

Shooting is also nice enough in the Legends. I’ve got to say, I’m not a huge fan of the tongue on the boot (but I couldn’t bring myself to take a pair of scissors to a £200 pair of cleats!! So I just left it as it was!) I didn’t find the tongue as annoying as I thought I might, and it didn’t get in the way when shooting or clearing the ball – it just flapped about a bit when running if it came loose, which if I’m honest, I can put up with.

One other factor that I have to mention – mainly due to the sheer surprise of how many people mentioned it after the matches I played in – is the visual aspect of the boots. Many of the other midfielders (I usually play wide-right) remarked on both the soles and the heels of the football boot being so distinctive.

As the only player on the pitch wearing boots with orange elements on, many said that at close range when they were on the turn or under pressure it was somehow easier to scoop out a pass to my feet as they knew it was me.

I’m not sure how much use this will be at the World Cup, when every Nike player will be wearing football boots with Orange bits on – but I was surprised to get such good feedback, on technology that I’d written off as a bit ‘soft’. 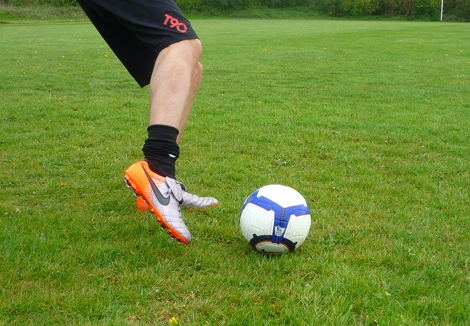 The Tiempo Legend Elites are a solid, solid boot. They do everything right that the standard Tiempo Legend III‘s do. Whilst the slight (and it is only slight) issues with comfort on the first wear was a bit of a let down, it’s not atypical – I mean who doesn’t buy a pair of boots and expect to break them in a little first?

The KangaLite does it’s job amazingly well – Tiempo Purists need not worry that the boot doesn’t have the usual full-grain K-Leather. The material is lighter, more waterproof and has a very similar feel to it.

As for everything else – passing, crossing and close control in the boot are all areas in which this boot excels, and shooting is effective if unspectacular.

Many will be asking if the boots are worth the price? Well I’m going to remain on the fence here – if you’ve read this review and thought to yourself'  ‘My ‘standard’ Tiempo Legends do all those things, except the whole brightly-coloured thing’ then these football boots probably aren’t going to be worth the jump in price to you.

However, if you’re reading this and are excited about the prospect of what you feel these boots can do for you, and think the reduced weight and extra bells and whistles are what makes the boots what they are – then you’re probably going to want to plump for the Elite Series Tiempo Legend III over the standard model.

Written By
Kyle Elliot
More from Kyle Elliot
adidas introduce us to the more modern side of the new 11pro...
Read More