Umbro have somewhat plateaued of late; after racing out of the gates with the completely redesigned England shirt and the old-school Speciali Statement, their other ventures have failed to capture the imagination the same way their flagship releases did. 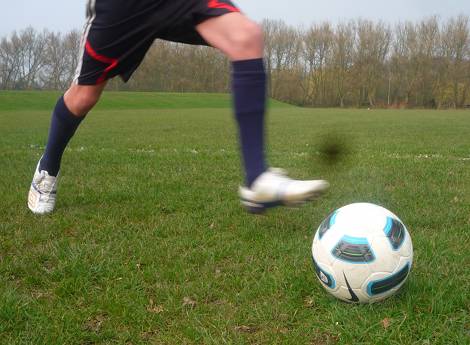 Which is a shame, as the original Stealth Pro was a solid boot. Using some of the features that characterise some of the more expensive boots like Carbon fibre, advanced waterproof synthetic upper and Poron sockliners, one can only guess the reason it wasn’t a breakout success was that it felt a little muddled; it had Carbon Fibre like a speed boot, a ‘spine’ in the sole like a Power boot and a high-fiction instep like the CTR360’s ‘control’ sub-category.

So, with an identity still to forge, no Carbon Fibre and a new K-Leather upper – how does the Stealth Pro II stack up to the competition? Let’s find out!

Lifting the boots out of the box, straight away, you can tell which areas of the boot are going to be the most comfortable.

The toe-end of the boot’s leather is stitched in a manner unlike any other football boots on the market at the moment, giving the Stealth Pro II plenty of natural give and flex in this crucial area of the boots.

This extends to the rest of the toe-area, which is a touch wider than most other football boots (though not as wide as most Mizunos) giving the Stealth Pro II a nice roomy feel, with plenty of give.

With such a high bar set by the leather at the front of the boot, it was always going to be difficult for the heel and midfoot to follow suit, but they do come very close.

The first time of wearing there was some light rubbing on both heels and just below the ankle of my left foot – but I was shocked at how quickly that disappeared.

Rather than taking a session or two to wear in, the Stealth Pro II broke in drastically quickly (around 20 minutes), with the boot seemingly accommodating my feet on the fly; reminding me of the original CTR360’s Memory Foam.

This is another area in which the specially-engineered toe of the boot excels. The air-pockets above the big toe offer a soft, generous area to control the ball both from height and along the ground, and a sweet area to whip crosses and curling strikes.

This padded area continues to the instep, too, which gives a great area for trapping and distributing passes, giving an exceptional feel for the ball at your feet.

As the toe area and it’s features are so expansive, the one thing that’s a little tough in the Stealth Pro II is striking; these football boots do feel a tiny bit ‘front-heavy’. Which is to say, when striking ‘through the laces’ it often feels like the very front of the boot makes contact with the ball before the rest of the foot.

It’s not a huge deal breaker, but it is something that you’ll have to get used to if you happen to strike with this area of the foot a lot.

When the Stealth Pro II was revealed late last year it polarised opinion both here on Footy-Boots.com and around the ‘net; and I can’t understand why!

For my money, it is the single best-looking boot that Umbro have produced in the last 5 years, bar the new Speciali.

A classic blue and white colourway provides the basis for it’s distinctive, modern look and bronze Umbro logo offers an eye-catching way for Umbro to brand the Stealth Pro II with their signature double diamond.

Looking after the Stealth Pro II is fairly straightforward. The leather isn’t as deep and creased as something like the adiPure IV, meaning most dirt and dust can simply be wiped off.

The rear 50% of the boot is synthetic, which is actually a little trickier than the leather to keep clean. The blue areas of the synthetic will simply wipe clean with a damp cloth, but the perforation around the collar of the boot a bit annoying to free of dirt tat gets trapped in there.

One feature that is something of an annoyance is the soleplate. The Stealth Pro II uses more or less the same soleplate as the Stealth Pro, despite not having any carbon fibre. The result is an overly-flashy looking soleplate, with a nasty habit of getting mud trapped in it’s nooks and crannies.

Again, as it’s a white boot, expect the laces to change colour after a couple of wears and the leather to get a bit grey in the areas where it creases, but generally, the Stealth Pro II is pretty easy to look after. 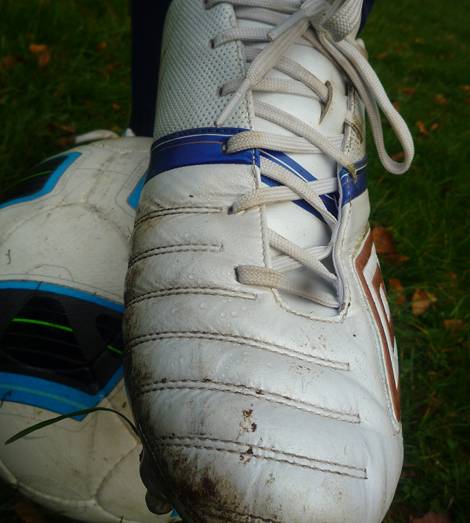 Taking to the pitch in the Stealth Pro II is an all-around solid experience. Weight isn’t really an issue to consider – whilst nowhere near the sub-200g mark they are lighter than many similar boots in their category.

One feature that is a welcome addition is the 8-stud configuration on the SG model we tested. Whilst many SG football boots rely on 6 studs, the Stealth Pro II is one of only a handful which gives you 8 for added traction.

One downside is, of course, that the Stealth Pro II really is only for Soft Ground. Sometimes you can get away with playing in 6-stud SG’s when the ground is starting to firm up, but with 8 studs you’re far more likely to do some serious damage to yourself or someone else.

Also, the groundsman will hate you for churning up the turf!

The Stealth Pro II neatly puts itself in the sub £90 category, which is exceptional value. Whilst not as cheap as you can pick up the GT Pro for at most retailers, in terms of ‘full price’ football boots – you really can’t beat the features on offer for that price.

Looking at the list of what the Stealth Pro II gives players – especially compared to some of the newly-priced Nike, adidas and Puma football boots – it makes them hard not to recommend.

Whilst I know the design isn’t to everyone’s tastes, in my opinion, it is a good-looking boot that your team mates are definitely going to chat to you about.

The standard of the boot is good enough for professionals such as Gary Cahill, Phil Jagielka and Leighton Baines – and thanks to the lack of levels like ‘Elite’ and ‘Prime’, you really are getting the same level of performance as top players.

Whilst the boot doesn’t have the same flash factor as something like the new CTR360 II, or the classic cool of the adiPure IV – when offset against the £90 (£80 if you know where to look!), it becomes a great pair of football boots.

Written By
Kyle Elliot
More from Kyle Elliot
adidas' most-lethal Predator yet gets a familiar-feeling colourway in this Blue /...
Read More