While the power boot market is traditionally dominated by certain brands from Germany and America, it's worth remembering that some of the other leading manufacturers produce excellent football boots of their own, like the Mizuno Wave Ignitus II. 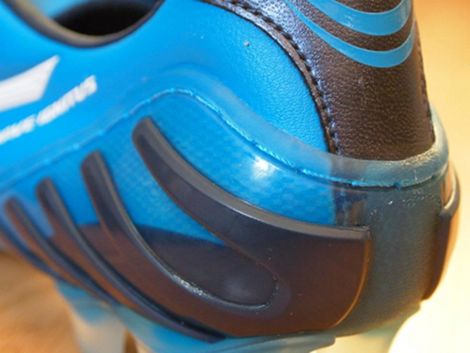 Mizuno’s latest technical offering in the Mizuno Wave Ignitus II, and Footy-Boots .com was fortunate enough to receive a pair in the new Danube/White/Dress Blue colourway ” that's blue and another blue with a white Mizuno branding to us ” to put through its paces.


The first thing that you realise when you put on a pair of Mizuno Wave Ignitus II is just how stunningly comfortable they are; this is very much a classic boot with modern technology.

Beautifully-soft K-leather is used as the base for the boot, complemented by the Mukaiten panel and a Pebax heel counter that provides support and a degree of flexibility.

Mizuno will tell you it's all because of the Dynamotion Fit„which fuses the Ignitus technology into the upper of the boot. Whatever it is, they are right: it works brilliantly. 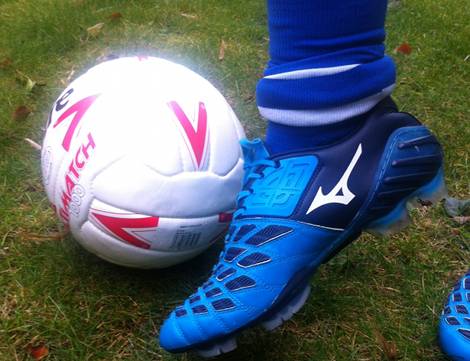 Players who are fans of classic/heritage boots who like to feel the ball but also want the power element of a modern boot will love these ” they fit like a glove.

Whilst the forefoot of some ‘power’ football boots can feel stiff or crease in awkward places, the Mizuno Wave Ignitus II‘s forefoot stitching works with the bones in the foot to crease and bend in all the right places.

The result is a superior feel and touch, which gives you a great sense of control on the ball no matter which part of the foot you’re using. 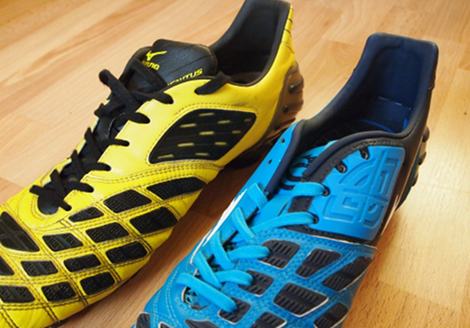 We tested out the Wave Ignitus II MD configuration, and they provided great stability on autumn pitches in the UK, even if they are probably intended for harder surfaces. This arrangement will also be especially appreciated by players who regularly use their sole to feel„the ball, something a traditional stud arrangement makes harder.

Much has been made of the Mukaiten panel ” there are plenty of videos floating about on YouTube of people trying to work out how to best strike the ball (with the instep, not the laces„appears to be the message) ” and it shows that the market has gone full circle.

When power boots arrived in the 90’s, everything was about imparting extra spin and velocity via the added fins on football boots; with Mukaiten, everything is about reducing the spin of the ball.

How easy is it? Once you get past a temptation to put your foot through the ball by connecting with the laces ” or going to the other extreme and attempting to open up your instep too far ” you experience real pleasure when striking via the medial panel for which these football boots are renowned.

Inevitably you will over hit and underhit in varying measure while you adjust, but once you have got used to what the boot can offer you'll soon get into your stride. 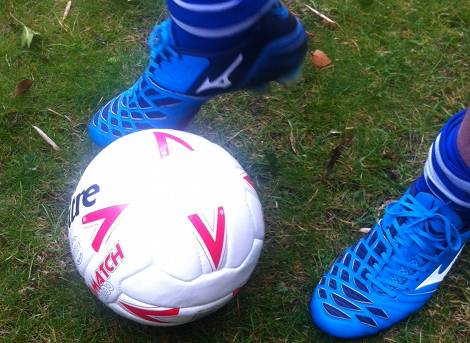 These are clearly a power boot with the accompanying enhancements you would expect, but the soft leather forefoot area gives the boot a nice, snug shape. Anyone wearing this colourway needs a good first touch and confidence anyway ” but the boot is in keeping design-wise with its rivals in the marketplace.

Unlike the previous Yellow/Black colourway – which highlighted all the spin zones in black on a striking yellow, leading some Footy-Boots staffers to nickname them the ‘Angry Wasps’ – the Blue-on-blue look is both subtle and unique, but ultimately they won’t be for everyone. 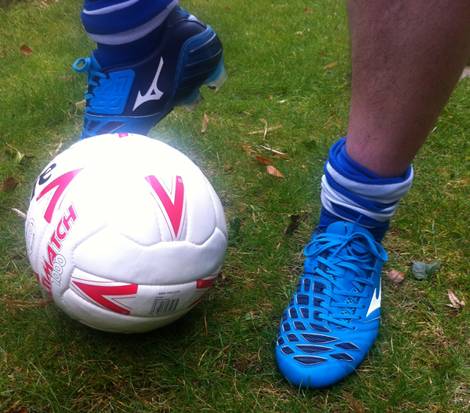 Overall, a very surprisingly rugged and easily looked after boot from Mizuno.

All the smooth areas of the boot are easily looked after, with just a cloth the smooth leather is restored to a respectable condition. However, the myriad panels and grip zones are harder to clean, requiring a little effort with a toothbrush or something similar to convince dirt or rubber crumb to come loose.

It shows how much the world has changed that a boot retailing at £120 can be considered among the cheapest in its category, but the Mizuno Wave Ignitus IIe will be a sound investment for anyone wanting ' a power boot that places comfort as high on its list as it does technical advancements. 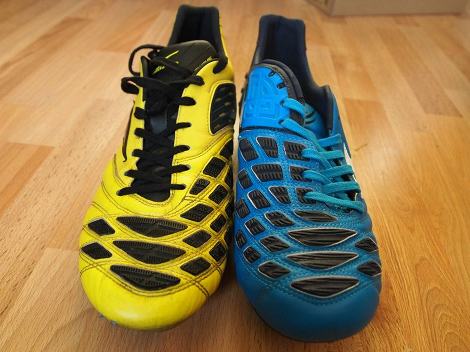 Not a drastic overhaul of it’s predecessor, the Mizuno Wave Ignitus II takes everything the original does, and tweaks and refines it for the better.

Whilst some my argue that it’s not as ‘game-changing’ as the Wave Ignitus, the little things go into making these football boots better – a little like Modern Warefare 3 vs. 2 in the gaming world.

If you’re after a dynamite all-around boot, and aren’t opposed to such a ‘tech-heavy’ overall look – these are the boots for you.

Written By
Michael D
More from Michael D
Dropping just a week after the release of a total blackout...
Read More