When it comes to boot releases this year, the adidas F50 adiZero miCoach is right up there. 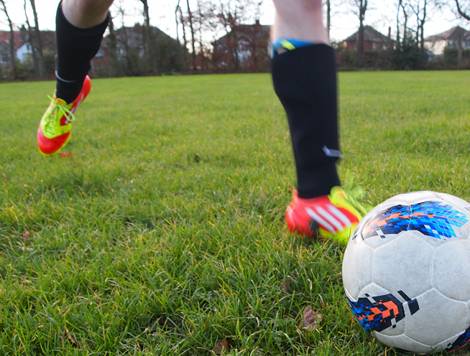 As well as a new incarnation of the boot that sparked so much interest ahead of the 2010 World Cup, the latest adiZero brought the miCoach package to a pair of football boots for the first time.

If you don’t know what miCoach is – where have you been!? It’s a combination of a chip called the SpeedCell that lives in the sole of the left boot, and tracks every inch you cover on the pitch.

This data is fed back to an iPhone, iPad or PC and can be recovered on the adidas miCoach platform, allowing you to see stats such as top speed, number of sprints, distance covered and more.

So, how does it all work in practice? 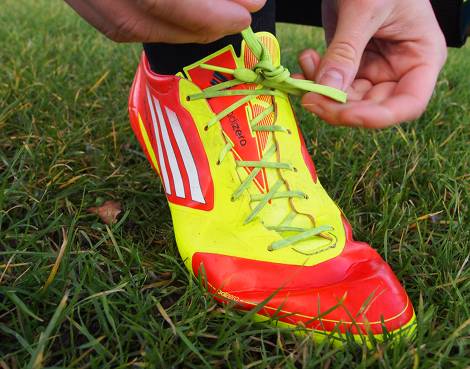 Straight out of the box, there’s little to no rubbing to be found from the Synthetic adiZero miCoach.

All the ‘hot-spots’ on the foot are given plenty of room to maneuver, so the comfort is borderline perfect on this latest model of F50 een with the ‘Ultralight’ sockliner in.

The fit at the feel and midfoot is exceptional, looking the foot in place even when making the most awkward of movements giving you the confidence you need if you play at high speed.

The forefoot, however, is a little ‘bulbous’ with a lot of room for your toes; great news for wide-footed players but can take a little getting used to for your average-hoofed footballer. 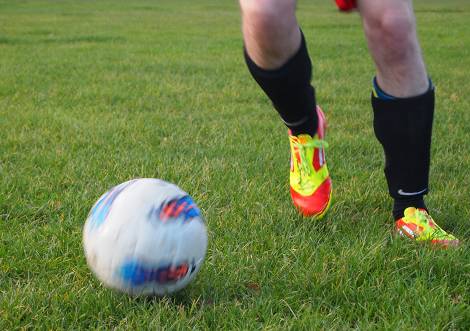 As anyone who has read my reviews before knows, I love my leather boots. Getting a great feel on the ball is one of the single most aspects of a football boot for me, so I am incredibly picky with synthetics.

Thankfully, the new adidas Sprintskin is something I can get behind. There’s a lot of flex in the upper of the adidas F50 adiZero miCoach that gives them a soft, effortless feel to any pressure applied when touching the ball, and there’s not an inch of the forefoot that hasn’t been given a high-friction finish to give a great sense of where the ball is on your foot.

As you would expect, the F50 loses some points for being very ‘slick’ in the wet; but it is still well above what I would expect from a synthetic. 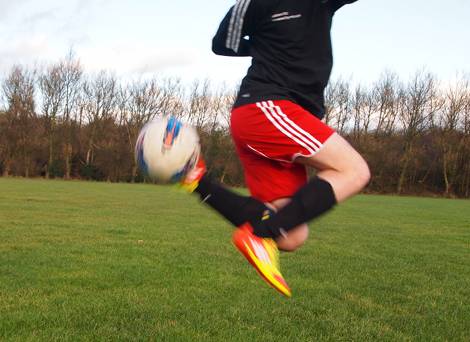 I’ll say this first – I love the design of the adidas F50 adiZero miCoach.

The whole boot is sharp angles and clean lines, with the heel counter in particular looking incredibly sleek and futuristic.

However, the High Energy / Electricity colourway just isn’t something that has grown on me since release. 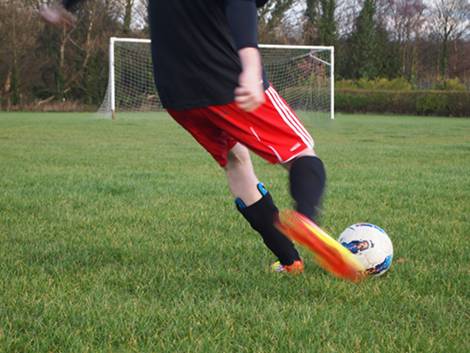 A slick synthetic surface combined with a modern, minimalistic sprintframe; it doesn’t get much easier to look after than this.

The yellow laces are more-or-less the only thing on these football boots I can’t get looking back to their best after a game. 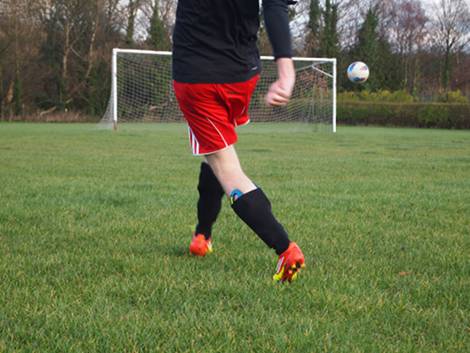 Once you’re used to the slightly roomier fit and the feel of the synthetic on the ball there genuinely aren’t many better boots to wear the than the new adiZero’s.

Like their predecessor, the F50 just does all the simple things right. They’re snug on the top of your foot for a nice feel when striking and vollying the ball, and the lacing is just off-centre enough to give you large enough surface area for sliding passes about the pitch.

miCoach will be different things for different people – some will love the stat-tracking and social aspects of the latest F50’s – others will buy the boot without ever getting a SpeedCell.

So, rather than rating it and having it effect the adiZero’s overall score, here’s a short video reviewing the miCoach functionality for those who haven’t seen it yet. 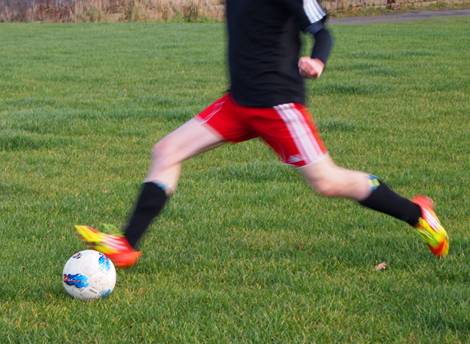 Whilst the Previous adiZero experienced a price-bump in January that put them around the £150 mark, something remarkable has happened with the latest model, as they retail for around £120.

miCoach aside, the new adidas F50 adiZero’s are an exceptionally well-performing pair of football boots.

Comfortable, snug and exceptionally lightweight – they really are the complete package for the 21st Century footballer – I can’t wait to see them in a few other colourways, mind you!

Written By
Kyle Elliot
More from Kyle Elliot
We continue our retrospective on 2014. A big year for football boots,...
Read More