So – here it is at last! The Footy-Boots.com official wear-test of the Mizuno Wave Ignitus football boot.

But has it been worth the wait? We’ve already read about the Mizuno Wave Ignitus selling out in Japan during the World Cup – but is it likely to ‘Ignite-us’ in the west, too (HA!)? Read on to find out 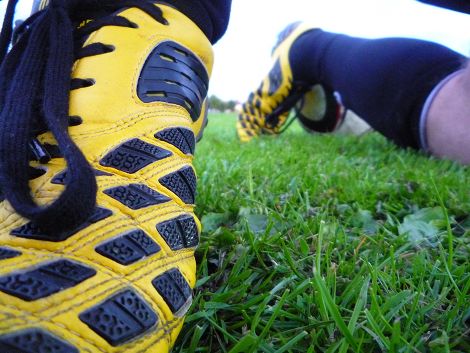 The Mizuno Wave Ignitus has a very unique fit, certainly unlike any boot I’ve ever tried before. The shape of the boot is very much like a Mercurial Vapor, as it has distinctly low-profile shape, with the ankle ‘cuff’ being much lower than your average boot.

As with many ‘unique’ things, this certainly might not be to everyone’s taste – personally I loved the fit, but others who might be more used to a particular brand of boot might find it a little weird.

This lower cuff is certainly no bad thing, the extra room around the ball of the ankle means that your foot is completely free of the boot, meaning that you get a nice feeling of your feet being loose and nimble, perfect for flicks, tricks and turns. 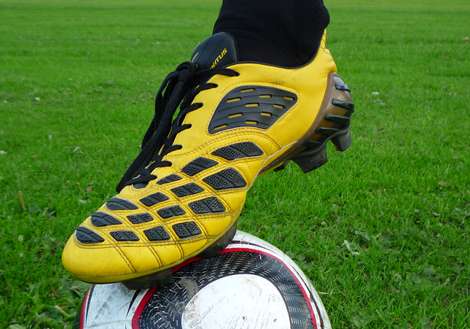 One thing that it does mean, though, is that you don’t get that nice weight-y sensation of the boot locking your foot in place as you strike through the ball.

Another aspect of the boot, is that they’re distinctly un-Mizuno in terms of width. Previous tests of the Wave Ghost, Wave Shinken II and Morelia have seen us try out the boot half a size down for a better fit; However, the Mizuno Wave Ignitus runs more true to size – of course there’s minor variations between manufacturers – but the Wave Ignitus is a pretty standard length/width.

Just as an aside, they were a little bit roomy in the toes at first, but after a few wears the boot did mould to my feet better – the K-Leather upper is also very forgiving, so it might be an option for any wider-footed players out there!

As for the comfort of the boot, it’s phenomenal. Despite being shaped like a speed boot, the Mizuno Wave Ignitus is nice and padded throughout the lining, meaning there was no need to break these football boots in – just lace up and go. 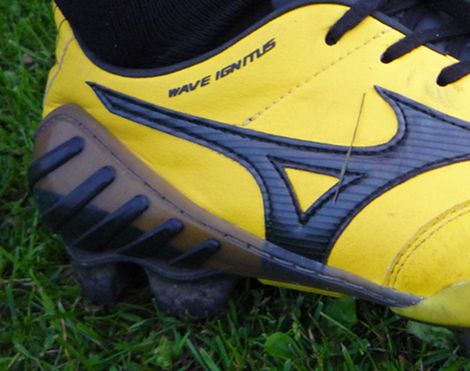 As mentioned before, the boot is extremely well padded – so straight off the bat there’s something there to absorb some of the impact that comes with playing the beautiful game.

The heel counter – in it’s own way – is a great piece of construction. Made of triple-density Tepex, the 1st layer covering the whole heel, the second being in the bottom of the heel for stability, and the 3rd being those ‘fingers’ that you see in the heel.

What this means is that the heel is re-enforced in the places that matter – for protection and securing the foot – yet is flexible in others to make it comfortable – in short, it’s the perfect follow-up to Mizuno’s ‘Wave System’ series of heel counters that saw them score highly in this department with their previous football boots. 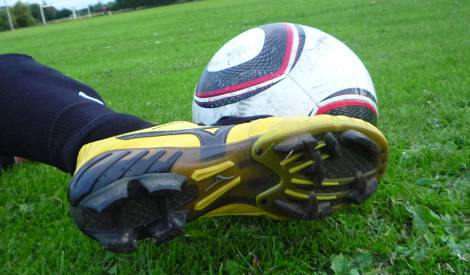 The outsole of the Mizuno Wave Ignitus is also first-rate. Sort of a mish-mash of a single and two piece outsole. There’s two distinctive segments, each with their own Carbon Fibre panel – but there’s an added layer of Tepax that runs between the two pieces, keeping them joined – more on how this effects play later… 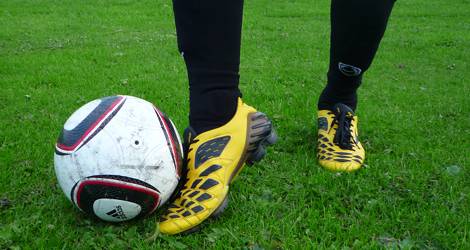 To go along with the unique fit, the Mizuno Wave Ignitus also has a very unique feel when playing.

Firstly, it’s light – perhaps more light than you’d ever expect K-Leather ‘Power’ football boots ever to be, which plays both in and against the Ignitus’ favour.

The light feel it great when running, passing and wrapping your feet around a cross. However, the boot loses some of the ‘meat’ when hitting straight through the ball.

The quasi-two-piece outsole means there’s not a proper ‘shank’ through the boot, like the adidas Predator_X‘s PowerSpine, and the light weight means there’s none of the ‘punch’ that we’ve come to love from the Puma PowerCat or Predator PowerSwerve. 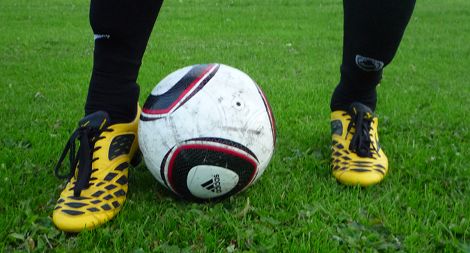 The other features that you’ll want to have a play with are the Bio-Panels and Mukaiten panel.

For those who might not know, the Mukaiten is a style of free-kick designed to be almost bereft of spin, which causes the ball to dip and move in the air. For those who want to try it – it’s really difficult, and be prepared to spend a lot of time pulling it off with any consistency.

The idea is to swing the inside of the foot into the centre of the ball, almost imagining your leg is like a wrecking ball. The flat Mukaiten panel has a big enough surface area to ‘shunt’ the ball off the ground and get it moving.

As you can guess, it takes a strong leg to get the desired effect, and it’s a really awkward motion to try and get used to. However, if you pull one off, it’s an awesome feeling.

As someone from the ‘Beckham’ generation of set-piece takers, I’ve always prided myself on the swerve it takes to get a ball into the top corner – but after seeing a Mukaiten hit the target, I can safely say that it’s just as satisfying (if not a little bit more!). 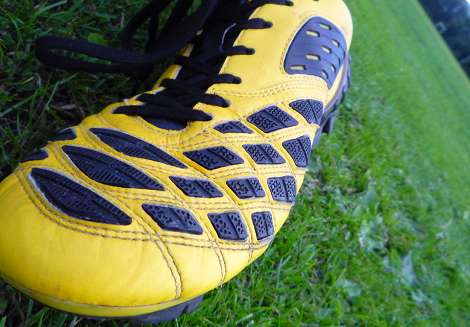 The Wave Ignitus is a boot that tries to tick just about every box in the football boots world, and comes agonisingly close to accomplishing that task.

With a K-leather upper, minimal breaking-in required and an inner that’s as focused on comfort as it is performance, it’s a real ‘Players’ boot. But by looking at all the bells and whistles on the boot, you can also see it’s just as much suited to the ‘technical’ player, who likes his boots to give him an edge.

There’s no disputing that the Mizuno Wave Ignitus is a great, great boot – and hopefully one that sees manufacturers Mizuno turn a corner in some of it’s less favoured markets (I’m looking at you; the UK & US!)

But they’re not the perfect boot; firstly, don’t go out and buy them thinking you’ll be able to whip out Kensuke Honda-esque free-kicks at will, whilst these boots are instantly wearable, the Mukaiten is an art-form that you’ll have to dedicate a considerable amount of time on and I’d have loved to see the sole more re-enforced, for a more satisfying strike through the ball.

But these are minor quibbles – based on my personal opinion. Even if you don’t even plan on learning to pronounce ‘Mukaiten’, let alone learn to take one, they’re still well worth a look.

Written By
Kyle Elliot
More from Kyle Elliot
We've got every angle covered with our exclusive beauty shots of the...
Read More