In recent times, Mizuno have begun to make great strides from cult status towards commercial success in the western football boots industry. Their recent releases Ĺ› the Supersonic Wave and, particularly, the Wave Ignitus Ĺ› have demonstrated outstanding technical innovation and ambition to compete with the big hitters. 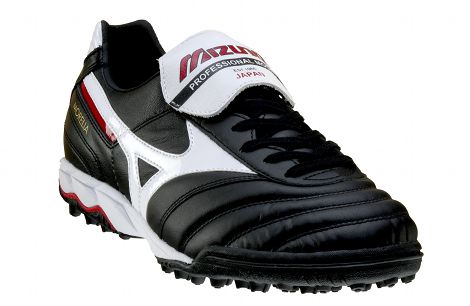 The Morelia, however, is distinctly lacking in the ‹Ĺ›Mukaiten˘€žË and ‹Ĺ›Feather Touch˘€žË departments. Featuring a full k-leather upper and a large classically-styled fold over tongue, the Morelia is Mizuno˘ Copa Mundial: it has been around for 25+ years without undergoing major changes, and it remains enduringly popular with football boot purists.

Intriguingly, the classic Morelia has a double existence. There is the ‹Ĺ›mass produced˘€žË Morelia, widely available in the UK, which is made in China or Indonesia. But there is also the handcrafted Morelia, which is made in Japan to the strongest standards of quality control, and is much more difficult to find. The Japan-made Morelia sold to the Asian market is known as the Morelia II, while the European market version is the Morelia Pro Japan. 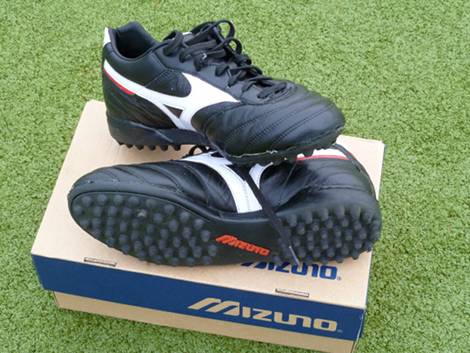 I was lucky enough to acquire a pair of Japan-made Morelias with an astro turf outsole Ĺ› the Morelia AS. Unusually for an astro boot, the Morelia AS features exactly the same upper specifications as its firm and soft ground siblings; thus, we have the rare luxury of a full k-leather astro boot.

Small disclaimer – I’m not a fan of the a big tongue on any pair of football boots, so all reviewing on these Morelia Pro Japans was carried out after I removed the tongue! 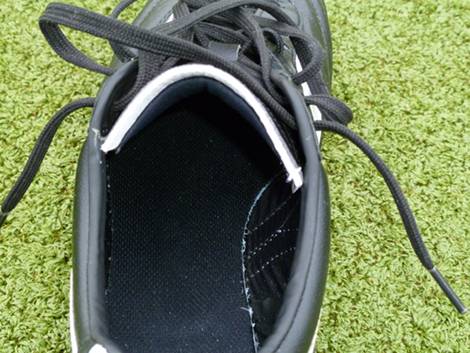 I make no apologies for talking in great detail about comfort and fit, because: 1) they are, in my opinion, the most important criteria for a pair of football boots and 2) they are the areas in which the Japan-made Morelia AS really excels!

As we˘€žËve come to expect from Mizuno, the boots feels perfectly comfortable straight out of the box. That is, until you wear them in slightly and discover a level of comfort above perfect! No exaggeration, the Japan-made Morelias are without doubt the most comfortable pair of football boots I have ever worn. This is largely down to the wonderfully soft and supple k-leather upper, which is fairly thin and exceptionally breathable, making the Morelia a fantastic choice for hot days.

The Morelia has a narrow fit throughout; initially it may feel a bit tight, though not at all painful. After two or three outings though, it feels incredible. The tight double stitch lines over the forefoot ensure that the k-leather does not overstretch, but rather moulds to the lateral shape of the foot for a perfectly snug fit. Thus, the foot is secured inside the boot, and friction is minimised. Such fantastic construction means that the wearer does not have to worry about downsizing.

The Morelia also has a variable width lacing system which extends a long way down the length of the boot. This is a great feature because it allows for a fully adjustable and enhanced fit.

The thick and sturdy support under the heel ensures that the cushioning on the Morelia AS is first class. The insoles I had were the basic glued on flat kind, though the latest Morelias made for the Asian market have removable contoured insoles. 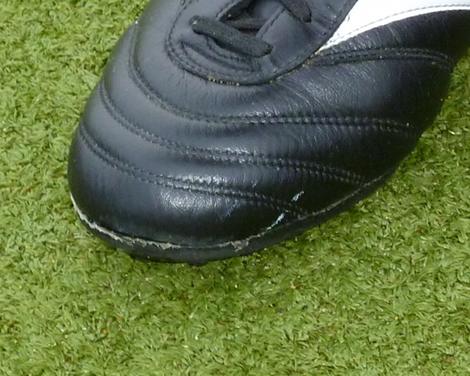 As previously mentioned, the Morelia holds its shape superbly thanks to the high grade k-leather, tight double stitching and generous foam padding which runs all the way down the tongue. Furthermore, the k-leather is treated with water-repellent Scotchgard to prevent water seeping into the boot Ĺ› a common annoyance for natural leather boot lovers.

Having played a 5-a-side match with the Morelia AS in the pouring rain, I can confirm that Mizuno are on to a winner; my feet remained almost completely dry inside the boots. The snug fit probably helps in this regard.

The Morelia˘ heel counter is extremely firm and supportive, more so than on any other heritage boot I have tried. The outsole is also stitched and glued to the upper, which increases the lifespan of these football boots.

One concern I have about the durability of the Morelia AS is that while the rubber studs provide excellent grip, they are starting to wear down quite considerably after
around 10 hours of use. This is happening on both boots, particularly around the edge and towards the front and back of the outsole.

However, I have been playing on the old-style sand-based astro turf, which is nothing short of brutal; maybe the rubber studs would hold up better on modern 3g turf. 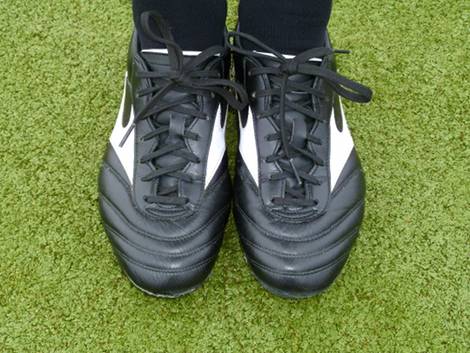 The key concept behind the first Morelia 25 years ago was to create a ‹Ĺ›barefoot˘€žË sensation, so as to meet the needs of skilful South American footballers who had grown up playing street football without shoes.

The modern Morelia still adheres closely to this philosophy. At 250g, it is very light for a full k-leather boot. The sole is also extremely flexible, making it easy to spring, change direction and accelerate away.

The snug fit, soft k-leather upper and sponge padding under the forefoot ensure a lovely close feel for the ball. This makes first time control, tight dribbling and quick passing a joy to execute Ĺ› in true South American style.

Somewhat surprisingly, I was also able to generate a great deal of power with the Morelia. There is no need for power gimmicks, because the smooth surface and snug fit across the forefoot provide an especially true contact when striking the ball. 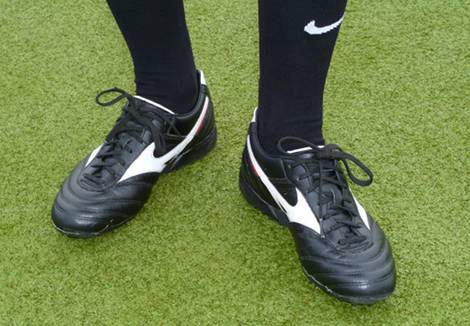 Located firmly in the heritage category, the Japan-made Morelia has no distinctive features for extra power, swerve, or speed. Instead, the focus is on quality materials, quality construction, and attention to detail. These fundamentals are all too commonly lacking in some modern football boots. Mizuno have asked themselves ‹Ĺ›what does a player really need in order to play to the best of his ability?˘€žË

The answer is straight up comfort, excellent fit, and great touch. In this, the Japan-made Morelia delivers in spades.