We see it done with cars all the time: the ultimate car would have German Engineering, Italian Style, British Heritage and so on.

So, we got to thinking – who would build the components for the ‘Ultimate Football Boot’? Here’s our picks. 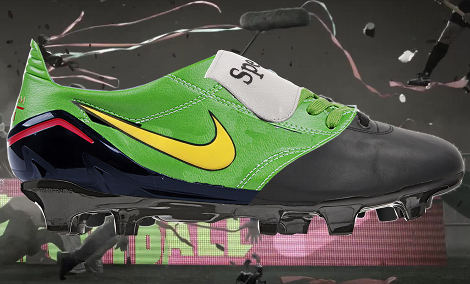 Over a century of experience in leather-craft ensures that only the best materials go in to making the most important part of a football boot – so why trust anyone else but the experts?

Natural-leather forefoot with a synthetic midfoot and heel has become the ‘in’ thing for many football boots at the moment. Classic boots like the Tiempo, adiPure and Morelia all retain their ‘natural’ touch, but drop weight and improve comfort thanks to this design.

Ever since Nike started using Teijin, Japanese synthetics have been at the forefront of this stylistic shift – which is why we’d task Mizuno with building the midfoot, after proving their know-how on the' exceptional' Morelia Neo.

British brands might not stand for much any more, but there was a time when everyone wanted a pair of boots from someone like Stylo, Umbro or Co-op. So, we’d task Umbro to bring a touch of history to our boots – and nothing says old-school like a big fold-over tongue.

The soleplate is arguably the single most important part of a football boot – it contributes to traction, comfort and ultimately can prevent injury. So we’d ask adidas to bring their SprintFrame to the party.

Good enough to be rolled out across every boot adidas is currently producing, the Sprintframe is neigh-on universally loved by players of all levels, not only is it super-light, but it has the added bonus of having a miCoach Cavity. 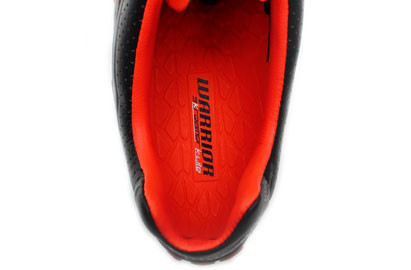 We don’t know what it is about American brands, but they consistently make exceptionally comfortable football boots. Both Under Armour and Warrior would be in the running for making the insoles for our Ultimate Football Boots, but Warrior edge it for reasons’s you’ll find in our review of the Skreamer S-Lite.

And the whole thing would by styled and marketed by Nike

Whilst making spectacular football boots is one thing (and Nike are one of the best at this), no-one does football boot marketing like the Swoosh.

Consistently creating memorable football boot ads for over two decades, Nike would also be in charge of ensuring our dream cleat would be introduced in a mind-blowing colourway that pushes the limits of good taste as well as the imagination.

Well, that’s our opinions (and awful photoshop) – who would make your perfect football boot? Are there any factors we’ve missed?

Written By
Kyle Elliot
More from Kyle Elliot
Nike mark another memorable season for their main Mercurial man with a...
Read More