Football boots and art – for two subjects that seem worlds apart, they have made surprisingly comfortable bedfellows over the years, with the likes of Puma collaborating with Kehinde Wiley, adidas’ work with Yohji Yamomoto and, most recently, the Pele Sports x Sheone edition Trinity 3E.

But in the spirit of all things unique, we’ve tracked down five awesome boots you won’t find on a production line, and the stories behind them. 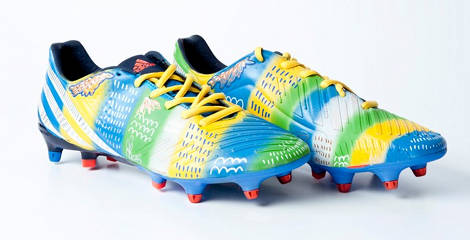 Celebrating the flair and style of the Brazilian National Team during the Olympic Football Tournament and the passing of the Olympic Flag from London to Rio de Janeiro, adidas whipped up these one-off Predator LZ’s over the summer.

Designed and customised in-house at adidas, the ‘Samba Boys’ Lethal Zones were eventually given away to one lucky fan as part of the ‘All In’ campaign. 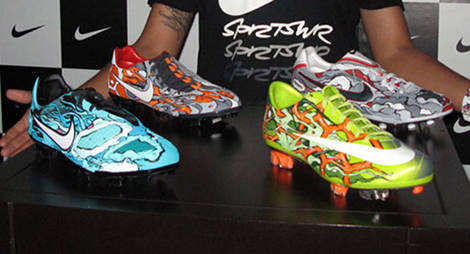 When Nike opened up their largest Central American store at the Estadio Azteca in Mexico, they wanted to do so in style. So they enlisted the help of the mysterious Seher One – an artist known for his clashes of bright colours and organic shapes – to create some one-off boots for the store.

The result is a pair of Superfly IIs, Tiempo Legend Elite IIIs, CTR360 Maestris and T90 Laser III’s that look out of this world! 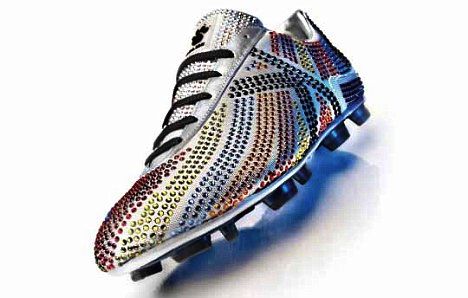 When it comes to understated class, it’s hard to beat covering an everyday object in valuable gemstones.

So it’s no surprise that Kelme’s collaboration with crystal company Swarovski were hailed by many as a new level of practicality and sports performance innovation. So much so, you can still see a pair today in Swarovski’s Kristallwelten Musuem.

Of the three previous sentences, only one is true – Can you guess which one? 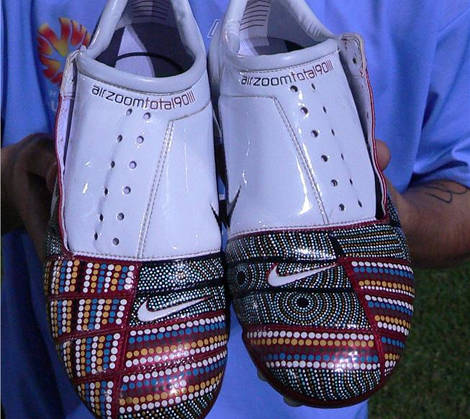 Socceroo Jade North is a player proud of his indigenous heritage, so he worked with artist Darren Dunne on a pair of football boots unlike anything else! Proudly marking himself out as an indigenous Australian on the pitch, Jade started something of a trend.

Today, you’ll find the likes of A-Leaguer Travis Dodd  – as well as stars from the AFL and RFL – who are proud of their heritage, wearing boots bearing similar designs. 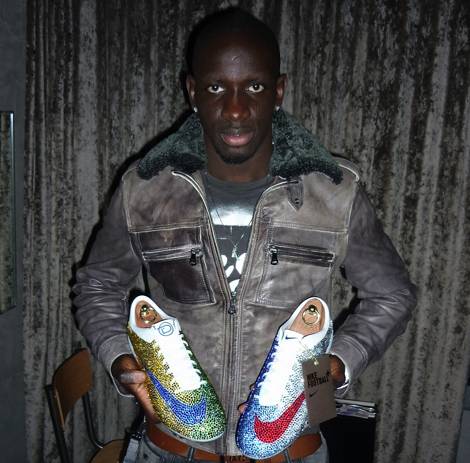 To commemorate his debut for France (that wasn’t really a debut), PSG centre-half Mamadou Sakho commissioned these stunning Superfly football boots from a French design studio.

Crusted with around 5000 Swarovski crystals, Sakho’s bespoke cleats are in the colours of Brazil and France to commemorate the match – and thankfully for all concerned he’s never worn them. 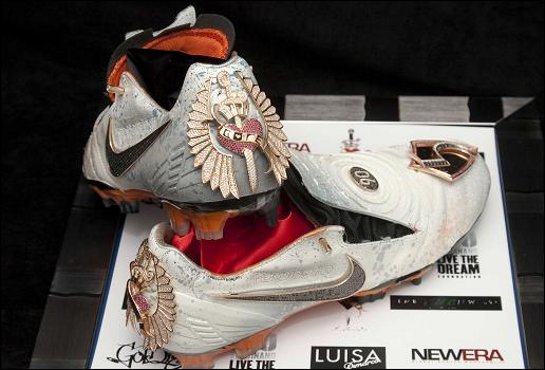 When Rio Ferdinand was dreaming up ways to raise money for his Live the Dream foundation, he eventually settled on creating the World’s most expensive football boots with musician Goldie, designer Scott Henshall and Embee Jewells of London.

Whilst the result was an undoubtedly impressive pair of boots, at auction the cleats failed to perform to expectations despite being made of rose gold, white diamonds, black diamonds and rubies.

These are some of our favourite arty football boots, should we dig up some more?

Let us know some of your favourites in the comments below!