There’s rarely a more exciting' news' story' to publish than one of a new brand entering the football boots market – which is why we’re taking great pleasure in introducing Boombah to soccer footwear' aficionados' like yourself. 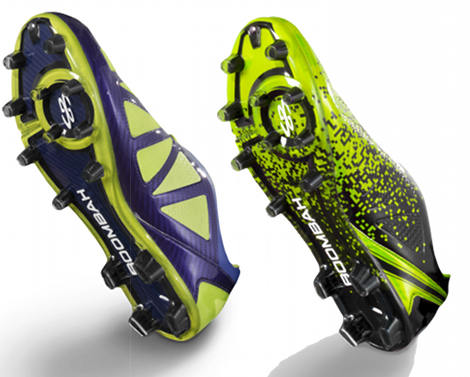 Formed in 2003, US-based Boombah have been making great strides into making footwear and apparel for American Football, Baseball, Trail Running and more.

And as Soccer gains popularity in North America, Boombah have set their sights on offering up some cleats for savvy players who want to both stand out on the pitch and look after their wallets.

To kick off their range, Boombah will be debuting two boots: the Matrix and the Matrix Digital. Whilst you might expect one boot to be a takedown of the other, both boots aim for lightweight speed as their goal and offer different benefits depending on the player – you’ll have to read on to find out what they are…

The cheaper of the two boots, the Matrix Digital is easily identifiable by the pixilated graphic running across the upper.

Available in super-bright colourways like Black / Twitch and Black / Fluo Orange or the more subtle Black / White and Black / Blue, the Matrix Digital is the lighter of the two Boombah boots. 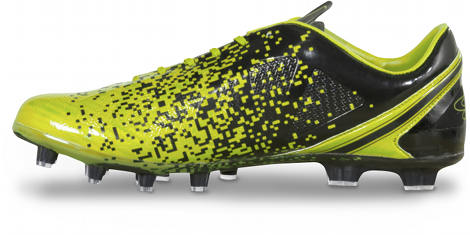 Surprisingly also the cheaper of the two boots, the Matrix Digital has a smoother upper than it’s stablemate, giving a it a traditional speed-boot aesthetic. At only 235g, Boombah have also provided a surprisingly competitive weight when compared to other speed boots in the market – placing it in the same ball park as the Umbro GT or Lotto Zhero Gravity.

The more expensive (and slightly heavier) of the pair, the Matrix features the same chassis and last as the Matrix Digital, but also brings in some sponge-rubber zones across the instep and toe. 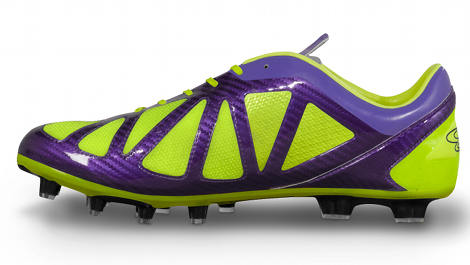 Reminding us a little of the placement of the ‘pods’ on the T90 Laser III, the 5 zones on the forefoot of the Matriz are designed to cushion the ball when receiving passes, whilst also giving a little extra ‘spring’ to shots and crosses.

The boot is also rounded off by the inclusion of high-friction application on the arch of the foot, for an improved feel when passing.

Whilst the Ultra-Lux Synthetic upper is probably the headline innovation on the Boombah range of soccer cleats (and we’d love to see how it performs when compared to more established synthetic uppers) the point that probably raises the most eyebrows is the price!

At a maximum of $59.99 (or just under £40) the Boombah range is a perfect price-point for someone who is just thinking of starting to play soccer, or are after something different to the bigger brands!

Let us know what you think of the Boombah range in the comments!

NEW BRAND ALERT: BOOMBAH SOCCER, 5.4 out of 10 based on 47 ratings https://www.footy-boots.com/wp-content/uploads/2012/10/boombah-football-boots-featured.jpg