Since the launch of Under Armour’s football boots range, Bobby Zamora has risen to prominence in his trusty Dominate Pro’s. But now it seems the big Fulham striker is ready to continue his hot-streak, having already netted in the new Hydrastrike Pro! 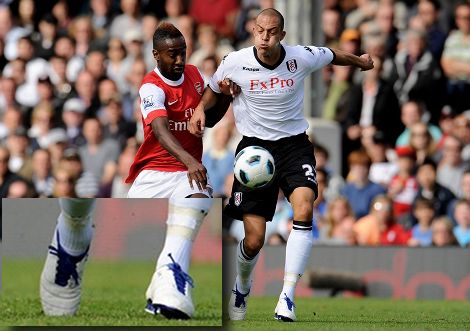 Despite being backed by their billion-dollar baselayer parent company, we’ve always rooted for Under Armour as something of an Underdog in the football boots market, and it’s been great to see Bobby Zamora back in action after a broken leg, flying the flag for the brand.

Even better, we think it’s a smart piece of marketing by Under Armour to have Zamora ‘preview’ the Hydrastrike Pro on the last day of the season, before the main campaign after the summer break – much like many brands like to have teams play out the last home game of the season in next season’s home shirt.

We’ve got to admit, we did have our doubts on the design of the new Hydrastrike Pro, as it did look a bit ‘pointy’ in pre-release photographs, but on the pitch at Craven Cottage we think they look just great. 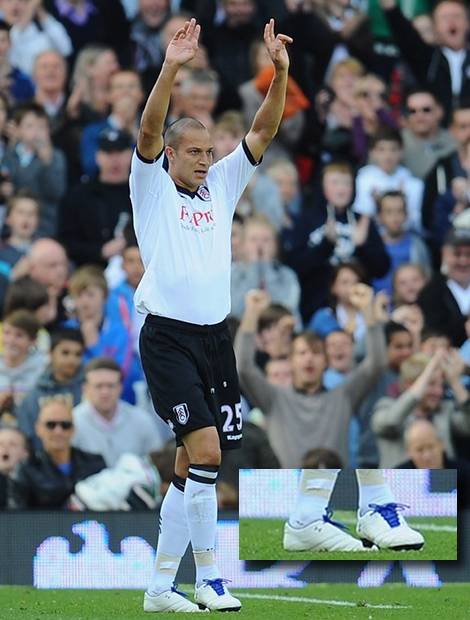 We’re also surprised to see Zamora in the secondary launch colourway of White/Royal – given what a good match the White/Black is for the Fulham home kit!

Best of all, despite it being a neatly flicked-on header, the Hydrastrike Pro is off the ground in the scoring charts – meaning Zamora is currently 1-for-1 in his new football boots!

Here’s hoping the big frontman can continue that form into what is likely to be the Hydrastrike Pro‘s international debut as Zamora has been picked for the England squad to face Switzerland early next month!