So the football season is in full swing ” and what a return! But, as always, where there's football, there's nonsense.' Whether its dodgy dives, Fergie time, shin pad tap issues or just PMT (Pre-Match Tension), when eleven fellas are kicking a ball around nonsense is never far away.' 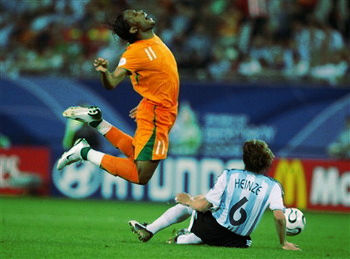 Leading bookmaker Blue Square Bet has decided to take action with the launch of the Blue Square Bet Nonsense 101, a Virtual Room 101 where we give fans the chance to dispose of all the nonsense in football.

Every week on a Monday morning Blue Square Bet is asking football fans across the nation to tell them what they've seen that is just nonsense by tweeting suggestions to @bluesq using the hashtag #nonsenseinfootball. The best ones will be featured on the Blue Square Bet Twitter, Facebook page and website every Friday ahead of the weekend's action.

The best (or worst!) bit of nonsense will win a £50 free bet with five runners-up winning a £10 free bet each.
Nonsense highlights so far include:

– @Van_Der_Yes tweeted this typical bit of nonsense from the opening day of the Premier League:' Ĺ›Clint Dempsey sitting out his side's 5-0 win while Liverpool lose 3-0!ĹĄ

Blue Square Bet brand director Robert May said: Ĺ›We love football but there's far too much nonsense in the game ” we want fans to help us get rid of it and will reward the best, or worst, submissions, with free bets. By the end of the season we should have a real treasure trove of nonsense that we can dispose of for goodĹĄ.
If you want to have your say to help us kick the nonsense out of football, we want to hear from you now¦

Written By
Kyle Elliot
More from Kyle Elliot
The Warrior Gambler gets the K-Leather treatment on this K-Lite model, as...
Read More