Some people are of the view that football boots are almost purely aesthetic. That in an age where players are paid inordinate sums of ' money to wear what they’re told, performance is a secondary concern.

Of course, if you’re a Footy-Boots.com regular, you know that’s hokum (mostly). And we’ve picked out five instances where top-flight players have learnt the hard way what a difference the right pair of boots can make. 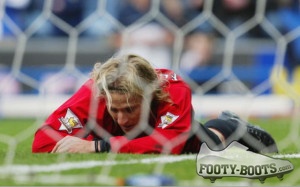 One of the most infamous occasions of a boot influencing the outcome of a game, Forlan’s blacked-out Nike’s were unfit for purpose as the Uruguyan committed the cardinal sin of wearing FG boots on a soft, muddy pitch.

“Ferguson wanted me to play with high studs, the interchangeable ones that suit wet pitches, but I feel more comfortable in low ones.

I agreed to change, but I didn’t and, against Chelsea, I slipped in front of goal and wasted a chance.”

Fergie collared the South American striker as he tried to sneak into the dressing room to change, and told him he’d just played his last game for Manchester United. By the end of the month, Forlan was being presented as a Villareal player wearing some blacked-out Predator Pulse’s instead. 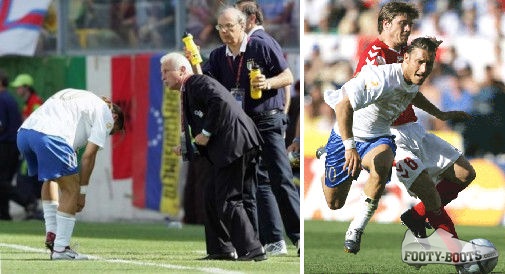 A word tossed around a lot, Totti is one of the true legends of the game, and has a certain affinity with boots fans as he’s opted not to have a footwear sponsor for the latter part of his career.

However, during a stint with Nike that encompassed Euro 2004, the Roma captain pinned the blame for a sluggish Italy performance against Demark on his new boots.

“It was like having your feet on boiling sand,” he said of the wearing his cleats. “Nothing like that has ever happened to me before.' It was very painful, I have two big blisters, one on each foot.”.

Curiously, Totti mentioned feeling better having switched his footwear part way through the game – though we question the benefits of having just swapped one colourway for another. 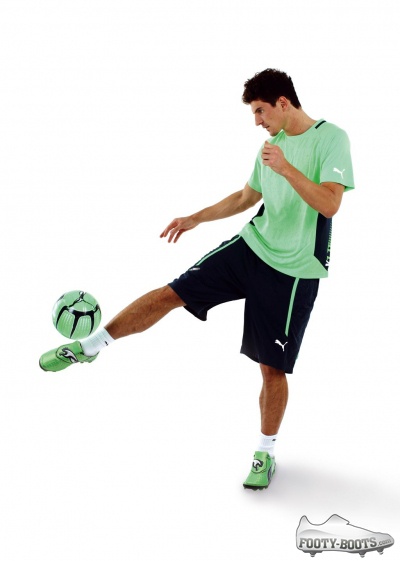 With a new manager at the helm, Mario Gomez was desperate to prove his worth as a Bayern Munich striker and was hoping his new Puma v1.11’s would get him off to a flyer at the start of the season.

It wasn’t meant to be, however, as the big German striker failed to find the net in the first three games of the season the green boots bore the brunt of the blame.

Switching back to his v1.10’s from the season before saw the forward reclaim his mojo, swiftly bagging for Bayern in his first game wearing his old boots, and a hat-trick the game after. Superstitious? Maybe. Effective? Apparently so! 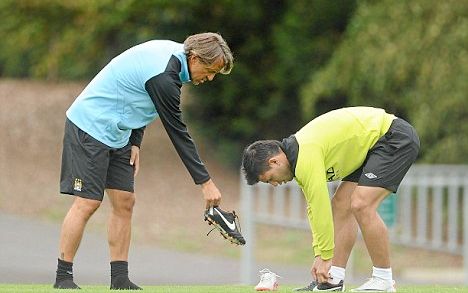 After a summer of flirting with adidas, Argentine hot-shot Sergio Aguero switched back into sponsor Nike’s Mercurial Vapor Superfly III’s to settle into training with his new club, Manchester City.

Freshly transferred from Atletico for a hefty fee, City were hoping to show off their prize acquisition at the Community shield, only the rubbing from his boots during training to get so bad, he was forced to borrow Roberto Mancini’s – right off his feet!

The next time we saw Aguero, ' the striker was breaking in a pair of the v1.11SL ahead of an unprecedented switch to Puma. 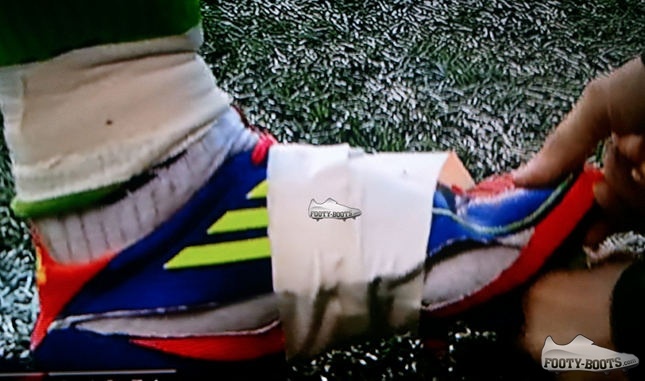 Former Seattle Sounders man Fredy Montero was left rueing his choice of football boots in a 2011 match-up with the Vancouver Whitecaps.

Just ahead of half time, the forward’s boot ripped heel-to-toe, causing an emergency tape repair job to see him through to half time.

After leading 1-0 at the break, Montro emerged wearing another boot and played the remaining 45 wearing odd cleats. And whilst Montero’s boots were odd, the game ended with the honours even; Seattle wasting a number of opportunities lead to Vancouver nabbing a late equaliser.

Can you think of any other times when football boots have been to blame for a player’s misfortune?

Written By
Kyle Elliot
More from Kyle Elliot
Nike mark another memorable season for their main Mercurial man with a...
Read More