We love the way Dirk Bikkembergs launches his football boots. Conformists suggest that you should get a handful of famous footballers together doing a few keep uppy’s, perhaps even talk about the football boots in a press conference when you launch a football boot. Not Dirk.

The new football boot was launched at the Stazione Leopolda, Florence. In true Bikkembergs tradition, the Tirosegno was displayed sixtyfold on top of black lacquered columns and overlooked by 10 gigantic pictures. These pictures were at first hidden by black curtains in an even darker room. The guests received a torchlight and discovered the reflective qualities of the Tirosegno while walking amidst the columns. One by one, the pictures were uncovered during a countdown, at the end of which the room was totally lit up by a set of dazzling stadium lights coming from behind a stage packed with football players wearing the football boot, 100 in total! Now that’s a launch! 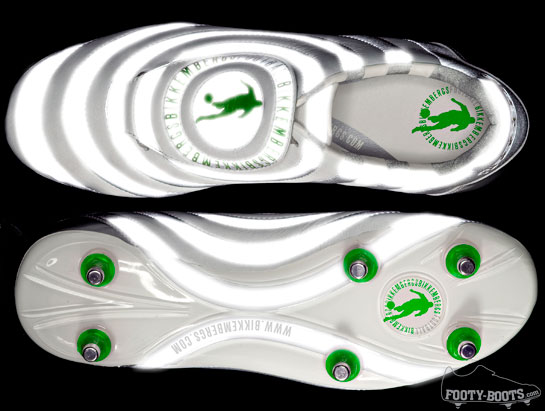 Dirk Bikkembergs has launched his second generation football boot, the Tirosegno (the last football boot was called Bix). The name Tirosegno, was named to reflect the significance of the radiating circles found on the football boots, and should be read as a combination of the words ‘tiro a segno’. This means ‘target practice’ or more symbolically ‘launch’, ‘kick’, ‘to score’ or ‘signal’. We’re not sure what relevance ‘signal’ is, but the others are pretty apt.

The new football boot aims to be the number one designer football boot with top performance qualities and fashion upbringing. Four versions of the Tirosegno are available, soft ground, firm ground, astro turf and indoor.

Testing was done by Dirk Bikkembergs’ own football team (how cool is that?), F.C. Bikkembergs Fossombrone and more conventionally by Italy and Juventus stopper, Giorgio Chiellini. 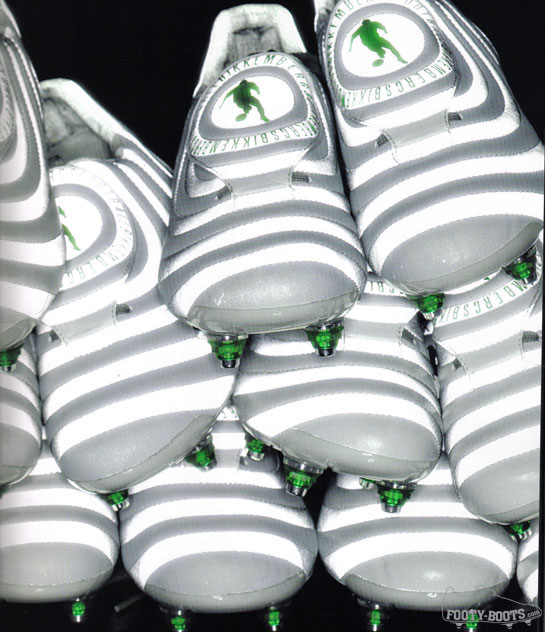 Dirk Bikkembergs said of the boots:

“The Tirosegno reflects the essence of the two worlds I stand for. It is the result of a unique project in which I confronted the exclusivity of fashion and the universe of football in the right proportion. What you will see is a fashion jewel with top performance qualities. What does a player want more?”