We’ve always had a soft spot for Bikkembergs here at Footy Boots. 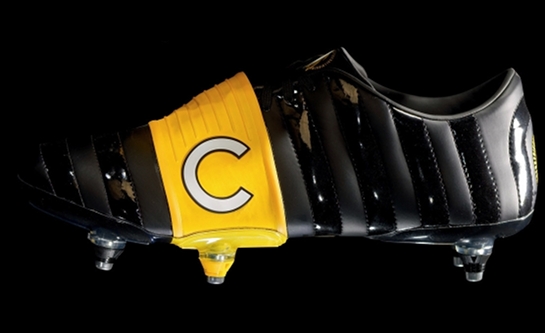 Starting off as a young fashion designer famous for his men’s shoes in the late 80’s, Dirk Bikkembergs found that the muse for his fashion creations was sport – more specifically, football.

So he spent a while designing off-pitch apparel and suits for Inter Milan, then when that wasn’t enough, he bought the club next door his manufacturing site, F.C. Fossombrone.

Then Mr Bikkemberg proceeded to reinvent the club with his own image, designing the kits, baselayers and eventually the football boots!

It’s such a wonderfully barmy story, it can only happen in football!

So, the latest of Bikkembergs creations have launched – the Capitano! 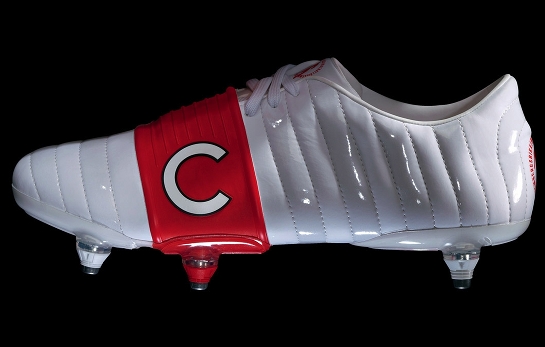 The Capitano is billed as the ‘Ultimate merger of passion and performance’, to back that claim up, it’s the first Bikkemberg to be fitted with a split outsole, divided into two segments – the forefoot and the heel.

We’ve seen this technology used on several boots before, usually in ‘Speed’ football boots like the Puma v1.08 – so we can expect the Capitano to be lightweight, and have an good amount of flexibility through the sole. 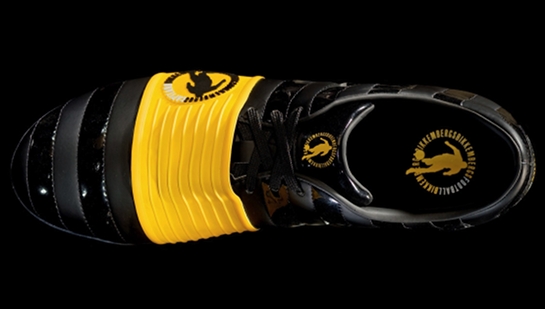 As for the upper, the Capitano features a water-repellent synthetic microfibre. This microfibre has been designed to keep it lightweight under all playing conditions, and retain it’s foot-hugging fit for exemplary ball control.

The most obvious feature on the boot is the rubber strip that runs across the top and sides of the upper. Designed to invoke a Captain’s Armband (Capitano, geddit!?) this strip not only looks good, but enhances ball control on the ‘laces’ and instep of the boot, and partially covers the bottom of the lacing area and tongue for a larger striking surface.

Due to the ‘Designer’ nature of the Capitano, we expect that it will only be available through bikkembergs.com in time for the summer!

Tell us what you think in the comments below!

BIKKEMBERGS CAPITANO, 7.9 out of 10 based on 23 ratings https://www.footy-boots.com/wp-content/uploads/2010/04/BIKKEMBERGS-CAPITANO.jpg

Written By
Felipe
More from Felipe
Golden Balls David Beckham has suggested that he could manage a Team...
Read More