But just how ‘big’ is ‘big money’, prepare to weep into your wallet as we count down the Top 6 Biggest Football Boots Sponsorship Deals in football today. 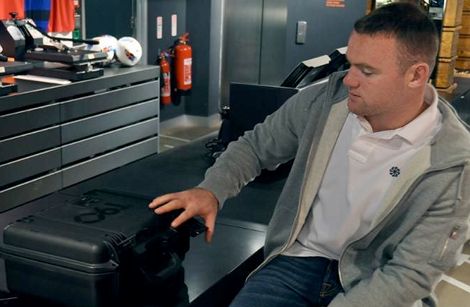 At £1m a season, Wayne Rooney has one of the biggest deals with arguably the biggest sports brand on the planet.

Despite his reputation being far from squeaky-clean, the Manchester United striker is relied up by Nike to shift boots like the new Nike T90 Laser IV by the barrel-load.

The England international has been on fearsome form since the start of the season, and Nike will be hoping he continues his hot-streak as the' Nike T90 Laser IV hopes to be one of the top-selling football boots of the busy Christmas period.

Aguero has burst into life in the Premier League, terrifying normally-seasoned defenders with a scorching turn of pace, tireless work ethic and the ability to turn nowhere-balls into goals.

The Argentine also caused a fuss amongst fans across the world when he arrived on English soil wearing Puma Football Boots, after a summer of wearing both Nike and adidas.

As it turned out, Aguero became a landmark signing for Puma’s rapidly expanding stable of football stars, on a massive four-season deal to wear the Puma v1.11. 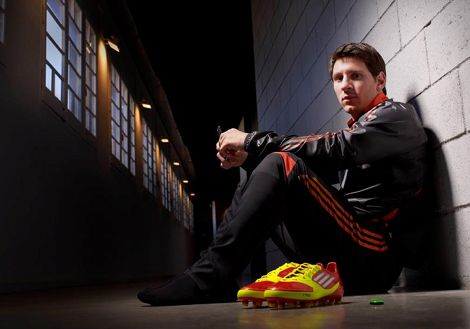 Yeah, that’s right, you might want to wipe all that Tea/Coffee/Mountain Dew off your monitor. The best player in the world is only fourth on this list – how does that work?

Messi seems like the ideal candidate as the face of just about anything, the diminutive Argentine is notoriously polite, cheery, well behaved off pitch – oh – and he’s the best player in the world.

Thankfully for adidas, the contract with the two-time Balon D’or winner arranged his football boots deal before his ascent to mega-superstardom, so adidas have been paying relatively little to have Messi in their wildly-popular adidas F50 adiZero range.

That’s going to be a heckuva increase when he does renegotiate his contract, though. 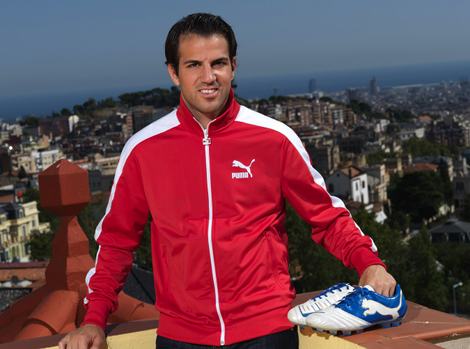 Another one of big-spending Puma’s massive summer signings, Cesc leaps into the top three on our list of the Biggest Football Boots Sponsorship Deals.

Fabregas might be seen as something of a risk by many, given his career at Barcelona hinging on the gifted playmaker forcing his way into ‘The Best Midfield in the World ™’, but his form since transferring to the Camp Nou has been nothing short of scintillating.

Whilst the price tag is high, Fabregas is currently a World Cup winner, and within the four-year term of his Puma deal, will almost certainly pick up a Champions League winners medal, clinch a La Liga title and who’s to say what Spain will do at the next two big tournaments; any combination of which would translate into massive publicity for Puma and Fabregas’ new Puma PowerCat 1.12 Football Boots. 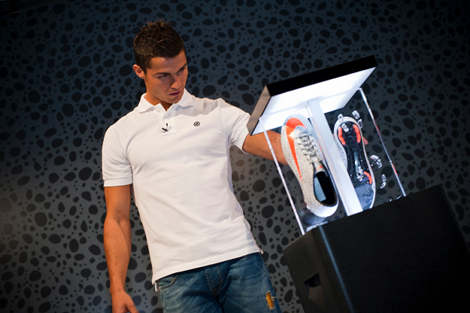 Negotiated in 2010 (the same year the first Nike CR Mercurial launched) Ronaldo’s Football Boots deal with Nike instantly rocketed Ronaldo into the upper echelon of sponsored athletes in any sport.

As well as the face of their Mercurial line of Football Boots, for their money Nike are also getting a player that Jose Mourinho once described to Footy-Boots.com as ‘Perfect’, a player with power, tricks, a signature style of free-kick and model good-looks.

Despite technically being less successful at Madrid than at Manchester United, Nike will be banking on the Portugal international to constantly be challenging for titles with Los Blancos, and perhaps leading his national side to glory in a major tournament before his contract expires 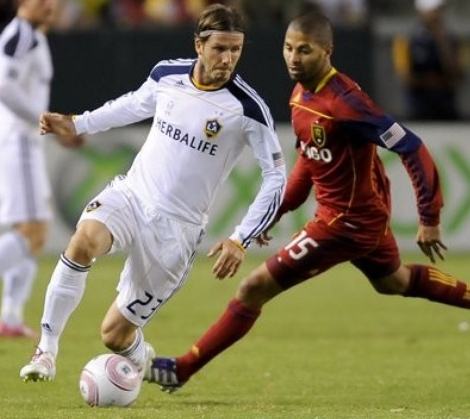 You just cannot keep this man down. Beckham sold the' ideals of the adidas Predator Football Boots to the generation this writer grew up with; convincing anyone who saw that free-kick against Greece to go out and lace up our Gun-metal silver Predator Manias and practice until we could bend it into the top corner.

Beckham’s technique is legendary, along with his honours list that spans some of the world’s biggest clubs (Manchester United, Real Madrid and AC Milan) – along with his charity work and status as one of the ‘Nice Guys’ of a game now rife with scandal.

Becks’ deal with adidas is the result of some shrewd negotiation by team Beckham, which sees the LA Galaxy midfielder pocket a percentage of every pair of Beckham-branded adidas Football Boots or piece of training apparel.

Given the desirable designs often reserved for these items, it’s no surprise to see Beckham pocketing more than your average footballer in his Football Boots Sponsorship Deal.

And that wraps up our list of the Biggest Football Boots Sponsorship Deals!

Any surprises there? Let us know in the comments!