When it comes to true football fandom, everyone knows that fans and players alike would shed blood, sweat and tears for their team. Well, with this Limited edition presentation box for SC Internacional’s new kit – Nike have taken that inspiration to heart! 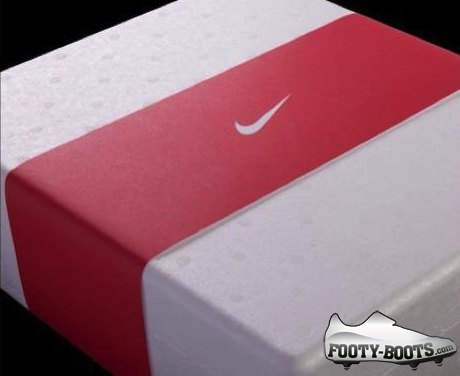 Nike revealed their latest batch of kits for their stable of Brazilian clubs at a special presentation last Friday (including the announcement that they would now be the official kit supplier to Santos FC) but had something special in line for die-hard fans of Porto Algre club SC Internacional.

Sent to select members of the media and die-hard fans of the Colorado, Nike’s limited edition presentation package for the 2012 edition of the Inter kit eschews cardboard or plastic in favour of a medicinal Styrofoam. 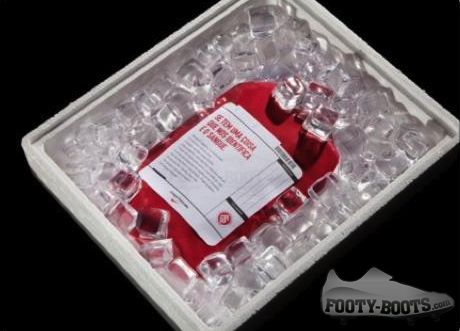 Inside is a small mound of ‘ice cubes’ made out of gel, protecting a blood bag which contains the new shirt, complete with vacuum-sealing, hospital-style labels and tubes which will likely make anyone with a fear of needles start to get that uneasy feeling. 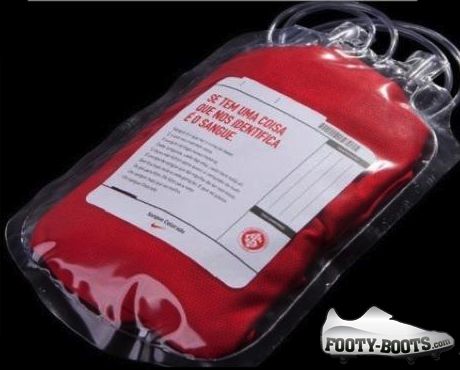 As well as being exceptional, clever, well-executed and all those other adjectives we’ve come to associate with Nike, the blood bag shirt is a continuation of their campaign with SC Internacional – which has focused on bleeding the red of the team’s famous shirts. 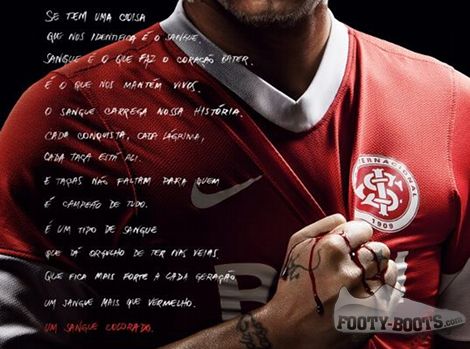 The campaign has produced some striking imagery – including this moody shot of club captain Andrés D’Alessandro seemingly drawing blood from his own shirt – accompanied by text that dramatically declares that “Your blood carries the story. Every cup, every tear”

Definitely a powerful, clever and downright spectacular way to promote a new shirt launch – definitely a contender for the bestway to package a kit ever, as far as we can remember!

Can you think of any other clever bits of promotion when it comes to football kits?

Let us know your favourites in the comments!