Darren Bent was on hand to see Sunderland past a determined Colchester United side in the Carling Cup with two goals, but seems to still be sticking with the Umbro Speciali over the newly-released Umbro GT Pro. 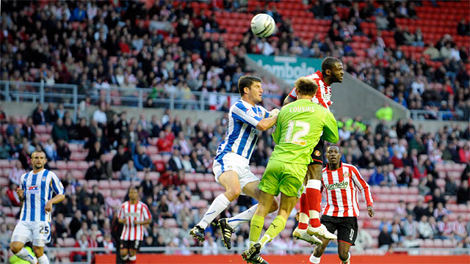 Interestingly, Bent began the season in the Umbro GT Pro, but made a half-time switch back into the Umbro Speciali in Sunderland’s opening game against Birmingham.

Sunderland went on to snatch a penalty in the second half of the Birmingham game, which Bent scored – denying the GT Pro a debut goal!

In the two games since then, Bent has stuck with the Umbro Speciali for the full 90 minutes – speaking volumes for the quality of the classically-styled boot – but it’s still a shame to see the Umbro GT Pro without a goal yet! 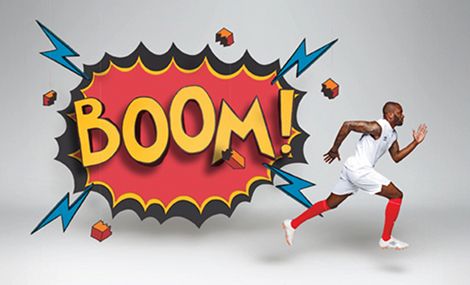 We can only guess that since Bent scored on the opening day in his Umbro Speciali‘s, they’ve become his lucky football boots; and we know how superstitious strikers can be, if they’re on form they won’t change a thing about their routine!

That said, here’s hoping we see Bent back in the GT Pro sometime soon, after appearing in all the (excellent) ads for Umbro’s lightest football boots it’d be a shame if we had another Nicolas Anelka/ Puma PowerCat 1.10 back and forth on our hands!

Has anyone got their hands on a pair of GT Pro’s yet? And if so, do you think Bent’s right to be sticking with the Speciali?