When you take over as manager of a side that hasn’t won in 11 League games, you hope your appointment helps lift spirits, restore shattered confidence and redouble efforts. And, as you take take charge of your new side for the first time, it doesn’t get much better than to be at home against a team that hasn’t won away all season.

It all went right for new Blackburn boss Sam Allardyce at the weekend as he watched his new Blackburn Rovers charges beat Stoke City 3 – 0 at Ewood Park with our Footy Boots weekend star, Benni Mccarthy, grabbing 2 of the goals. 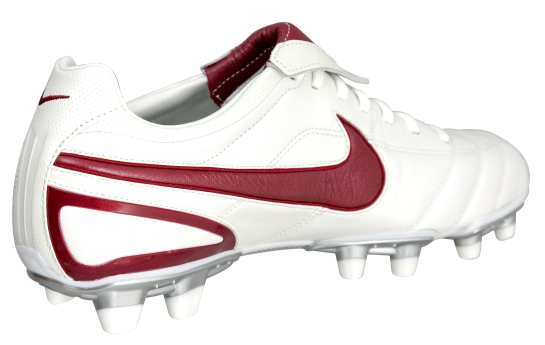 Rovers were 2 up on 18 minutes when Jason Roberts bundled the ball home and it was 3 before half time as McCarthy collected his second of the match, slotting the ball home after Stoke keeper Steve Simonsen had saved from Roberts.

Despite the 3 points, Rovers remain in the second from bottom but nonetheless, McCarthy’s performance and that of his team mates delighted the new Rovers boss who said:

I would have to be pretty nit-picking to say that wasn’t as perfect as I would have wanted it.

We have still got a long way to go to get out of trouble, but it is a very nice start. I just tried to give the lads a few pointers, but the big contribution came from the players.

They showed a real desire and commitment to compete with a Stoke City side that is very difficult to play against.

We showed a lot of quality in and around the box and the victory was built from a clean sheet mentality in the team.

Upper – All over Kangaroo leather for superior comfort and ball feel, updated pattern details for a dependable performance fit.