Hardcore Footy-Booters may remember last year we brought you a look into Aspero, a new boot company from Germany who were currently making waves in the Bundesliga.

Whilst we’ve been a bit quiet in terms of coverage since that original article, Aspero have been quietly developing new cleats and also getting on to the feet of some seriously big players! 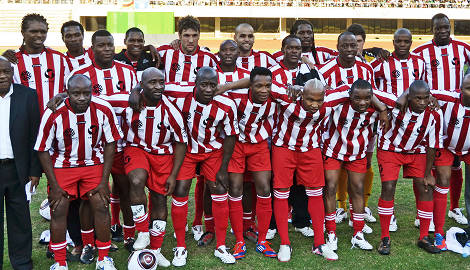 At a testimonial match for Benjani Mwaruwari – formerly of Manchester City and Portsmouth – the Zimbabwe National team took on a team of top-flight players from Africa and beyond, dubbed the Benjani All Stars. 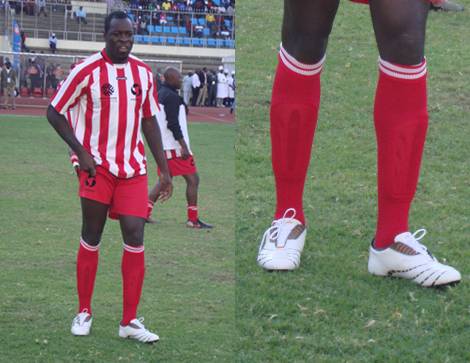 And the football wasn’t bad, either – a scoreline of 7-4 to Zimbabwe (with Benjani playing – and scoring – for both teams) kept everyone’s eyes on the pitch.

But (as always) it was the footwear that caught our eye!

A host of the players on both sides had ditched their regular footwear for a pair of Aspero Classics in either Black or White. 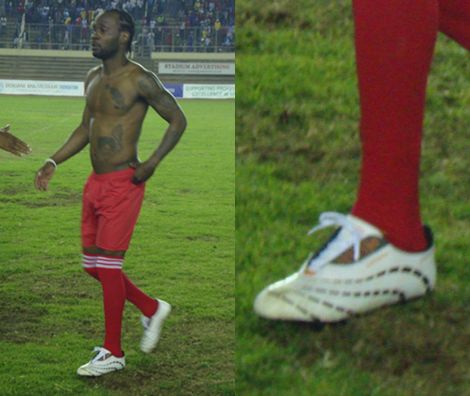 Pascal Chimbonda – formerly of Spurs, Wigan and Sunderland in the eye-catching ‘Classics’

Even stars with long-running boot deals like Chris Samba and Aaron Makoena made the switch to the German brand for the occasion.

After a little investigation, we found out that Aspero were technical supplier to the event, generously supplying the All-Stars with kit and boots for the game. 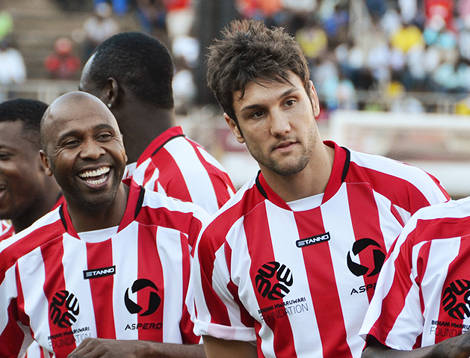 Whilst the likes of Yakubu stuck with his trusty Nike’s, it certainly seems like a smart move on Aspero’s part – allowing them to gather elite player feedback on their football boots, whilst avoiding the costs of a long-term contract.

Would you like to get your feet into a pair of Aspero’s?

Written By
Kyle Elliot
More from Kyle Elliot
The Speciali III has arrived from Umbro! How does this re-imagining of...
Read More