adidas have been upping their game in the realm of awesome TV ads recently, with their spots for the adiZero in particular being highlights.

The great news is, adidas are looking to continue their run with an awesome new ad for the Predator Lethal Zones. 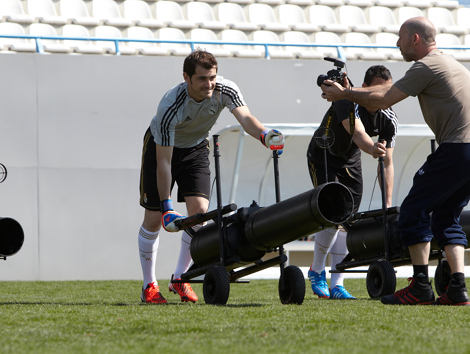 Casillas gets to grips with a cannon.

Set to be aired for the very first time during the 2012 UEFA Champions League Final, adidas’ new TV spot sees some of the best footballers in the world taking on challenges created to test their abilities to the max and showcase the five lethal zones on the new boot.

Players including Robin van Persie and Xavi Hernandez lace up their Predator LZ‘s for a series of challenges, designed to take the 5 aspects of the LZ to the extreme! 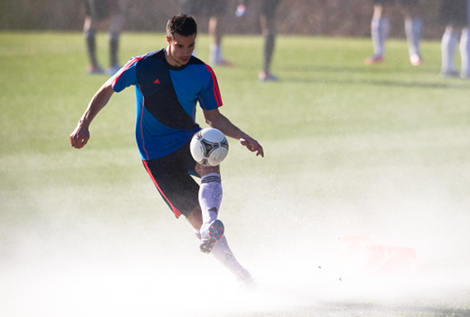 Dribble – The ultimate test of close control, players dribbling skills were challenged by being targeted with high pressure water jets.

First Touch – Taking first touch to the extreme, players were tasked with bringing a ball under control that was fired high into the air by specially designed ball cannons.

Sweet Spot – Finding the perfect combination of power and control, players were required to beat not one but three goalkeepers in a test of sweet ball striking with dip and curl. 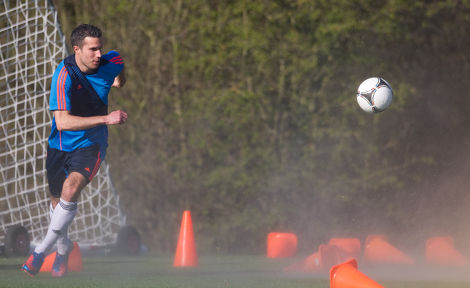 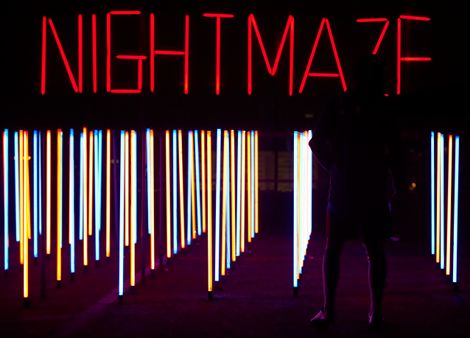 Judging from these behind-the-scenes pictures, it looks like the Predator-sporting stars look like they’re having bags of fun filming the new ad – here’s hoping it’s just as fun to watch!