As one of the players who single-handedly brought the concept of having'  names and numbers stitched onto football boots, it comes as no surprise to see that David Beckham has gone a step further than usual to let to announce the birth of his first daughter; with a pair of white and pink cleats! 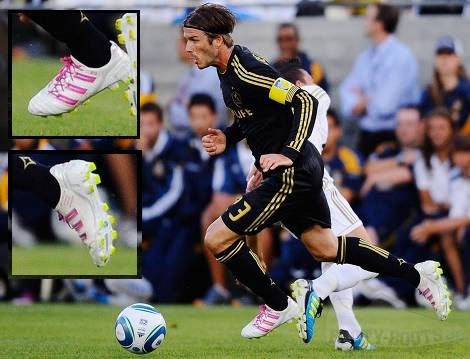 These football boots were made specifically for Beckham by adidas, as this particular model isn’t available on store shelves, meaning they were either made at Becks’ request or were a gift from the three stripes to the former England Captain.

Whilst the former Manchester United Number 7 has found his way into many outlandish adidas Predators, including Lunar White, Champagne Gold, Cardinal Red and Metallic Blue – this is actually the first time we’ve seen Beckham with any Pink on his football boots. 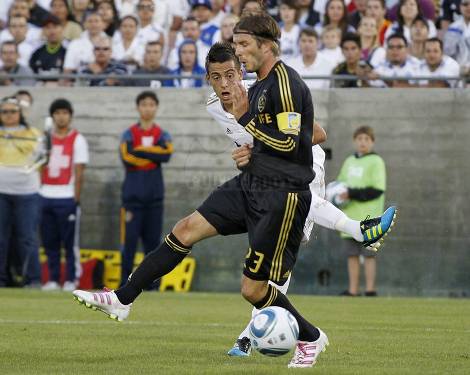 As well as the distinctly dainty colourway, Beckham also added his new nipper’s name to the ever-growing role-call on the instep of both his boots – which currently stands at Brooklyn, Romeo, Cruz, Harper for those struggling to keep up – as well as his now-customary ’23’ on the heel of adidas’ newest Predators.

We now wonder how long the dead-mall maestro will stay in ‘Proud Dad’ mode and stick with his feminine football boots? Given he has a signature'  ‘DB Gold’ version of the adidas Predator adiPower to promote on the pitch, we bet that adidas are hoping it’s sooner rather than later!

Any thoughts on Becks’ new cleats?