David Beckham took to his Facebook page this afternoon to show off a very special pair of soccer cleats; the adidas adiPower Predators he’ll wear as LA Galaxy head into the MLS Play-offs. 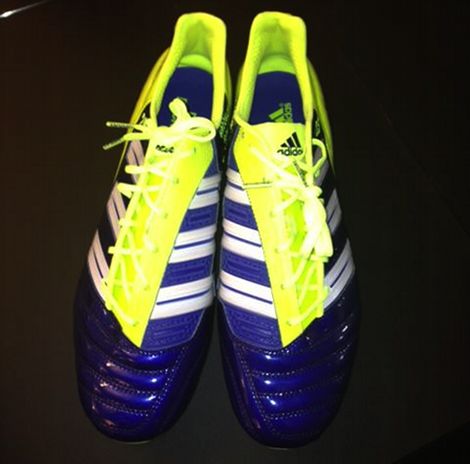 The LA Galaxy face a tough test as they take on Thierry Henry’s New York Red Bulls over two legs to reach the MLS grand final, and adidas clearly hope to inspire one of their most prolific soccer cleats endorsers with a very special new pair of adiPower Predators.

Looking stunning in Electricity and Synthetic navy blue, Becks is going to stand out on the pitch in this completely bespoke colourway of adidas’ exceptionally popular adiPower Predator. 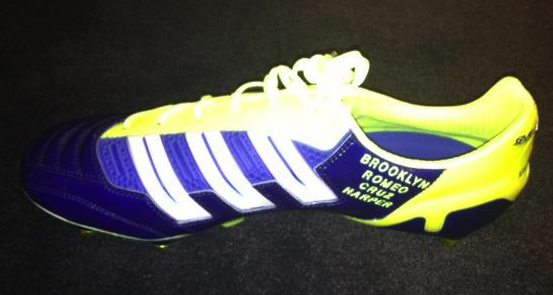 The England international has his signature plethora of embroideries and customisations that we’ve come to expect from his soccer cleats, including the names of his four children, a tribute to his wife Victoria and the flags of his home and adopted countries.

Curiously, the only thing missing from these adiPower Predators is the inclusion of Beckhams’ signature free-kick icon.

We’d have to take this as a sign that these are a complete one-off from adidas to Beckham, as if they were to be going to be a full retail colourway, we would expect the iconic Beckham badge – unless adidas are dropping the Beckham logo, which is always a possibility. 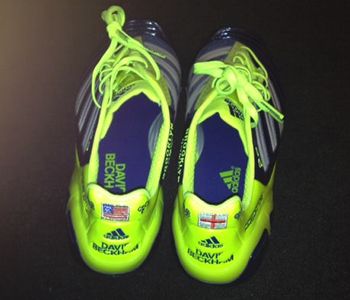 Beckham has been no stranger to switching his soccer cleats up over recent months; as well as playing in his own, special DB Gold adiPower Predators, the former Manchester United and Real Madrid man has played in a White and Pink pair to mark the birth of his first daughter, and to raise awareness around breast cancer during the month of October.

What do you think to Becks’ new boots?

Would you like to see this colourway be available to the public?

Written By
Kyle Elliot
More from Kyle Elliot
Nike pull out all the stops with this range of top Cristiano...
Read More