Loan ranger David Beckham will watch from the sidelines tonight as AC Milan return to action in a friendly clash with Hamburg in Dubai. 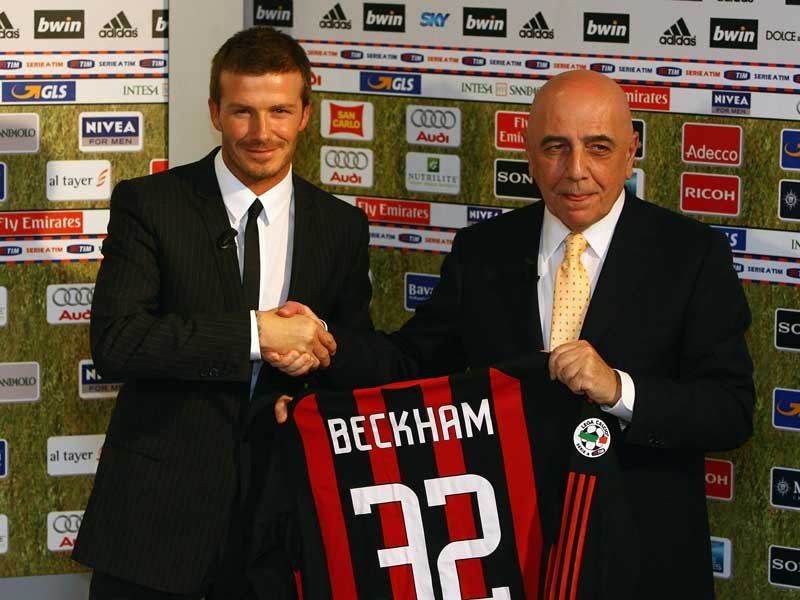 Beckham, whose short-term loan does not officially begin until January 7, has not been included in the starting XI, but coach Carlo Ancelotti has hinted that Becks could get a run-out against Roma in Serie A on Sunday evening.

He is a great champion, a very, very good player, but he needs to work hard because there is a lot of competition (for his position) in the squad. But we’ll use him for sure.

Certainly there is a place for him because he is a great player.

He is very well-prepared tactically and he can give a contribution to this team.

He is in good condition and if he is one of the 11 names on the team sheet, then it is because he deserves to be there.

The third-placed Rossoneri, who are football odds of 8.0 to win the title, return to league action on Sunday after the Christmas break and Beckham will be hoping to help Milan continue where they left off after ending the winter break with a 5-1 demolition of Udinese.

It looks as it could be a marriage made in heaven with Serie A in desperate need of a lift and the LA Galaxy star keen to keep himself on England boss Fabio Capello’s radar – although that was not his sole consideration.

I didn’t join Milan just for that reason – to play in Europe and make myself available for England selection.
I have never played in Italy and I think it’s one of the best leagues in the world.

I want to concentrate on working with the team. I know the kind of team Milan is, the professionalism that exists, and I am willing to work really hard for my place in the squad.