Former England Captain David Beckham paid a visit to the Olympic Stadium in London this week to urge fans to sign up for tickets for the games as soon as possible. 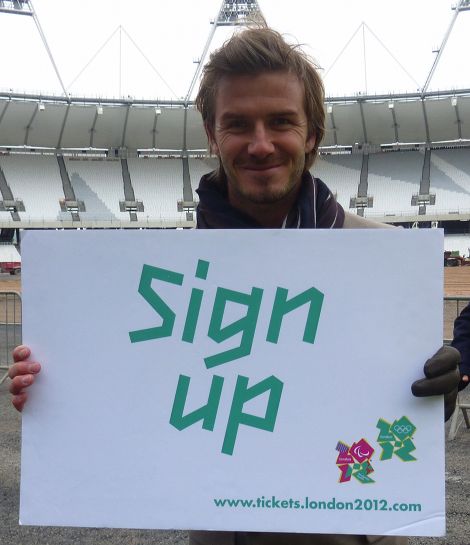 Many fans are excited about the upcoming 2012 Olympic games in London, but it probably escaped the notice of many that today (Thursday the 27th) marks exactly 18 months to the opening ceremony.

With the culmination of a Great Britain and Northern Ireland football team still a possibility, there’s been a reported high amount of interest registered in Football at the 2012 Olympics, which is traditionally one of the more undervalued sports at most games.

Whilst it’s still very much in the ‘register your interest’ stage, getting your name in the hat early could make all the difference when tickets officially go on sale on March 15th this year.

Aside from football, what other Olympic events would you register interest in?

Would the absence of a Team GBR in soccer stop you from attending any games?