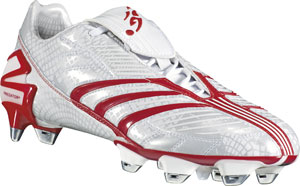 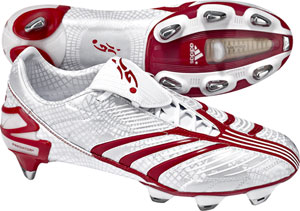 The Adidas +Predator'® Absolute “Globe” is a part of the 7th generation of Predator'® football boots exclusively designed and developed with and for David Beckham, featuring a uniquely created map graphic which symbolizes the global impact that David Beckham brought to every single corner of the football world.

Verdict: Love him or hate him, you cannot ignore Beckham, and his marketing power is immense. But can he bring “soccer” to the Amercian masses, and succeed where legends such as Pele and Best failed? Adidas clearly believe he can – Footy Boots thinks the task is too big even for a superstar like Beckham, as we are not convinced that one player can carry a whole league to a country of 300 million!

Written By
Felipe
More from Felipe
Ashley Cole’s agent, Jonathan Barnett has been fined £100,000 and suspended for...
Read More