You might expect a pair of football boots to start smelling after you’ve had them for a while. But the BBC’s Watchdog received complaints about Nike’s Mercurial and Total 90’s ranges that start to produce a very unpleasant odour after their first use. 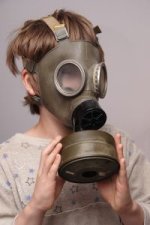 Made popular by footballers such as Wayne Rooney and Cristiano Ronaldo, boot ranges can cost anywhere up to and over £200. Whilst you expect to have to clean your football boots to keep them in good nick, you don’t expect them to smell after wearing them once.

Matt Vickers is the goalie for the Hatch Warren Saints under 13s in Basingstoke. He bought his Total 90’s for £50. They started smelling after the first time he wore them which was on a wet day.

“We weren’t sure whether one of us hadn’t had a bath, it was so bad. We had to drive with the windows open, it was really pungent” Matt’s dad, Mark explained.

Matt says that a lot of the guys at training had been laughing at the smell. He has now lost faith in Nike because of the stink they’ve caused.

Matt Jones from Burton upon Trent was badgering his dad all summer to get him a new pair of Total 90s to kick off the season in. He noticed the smell after the first one or two games.

He says: “I got accused of keeping the cat in my bedroom because it smelt like cat wee.”

When Matt’s family finally worked out the smell was coming from the shoes, they took drastic action, banning the shoes from the house. Eventually, they couldn’t bear it any longer and they forked for a new pair by a different brand.

We took Matt’s pair of football trainers to Nike’s flagship store to find out what the public thought of the smell. One person said:

“They smell like they’re old and someone has had their feet in them for years.”

We’ve also discovered that the disgusting smell can start even in shoes that have never been worn.

We wet a brand new pair of Total 90s and left them out to dry for four days. When we returned after four days they smelt very strong. This shouldn’t happen. Other boots and trainers can be soaked right through the season and even put in the washing machine without smelling this bad.

Nike says that the quality of its products and customer satisfaction is of the utmost importance to them.

When Watchdog contacted Nike, the company told us:

“We have seen a very small number of cases where boots start to smell (distinctly beyond the normal smells from sweat, rain or prolonged usage after football). While this does not affect the performance of the product, we understand the inconvenience it causes in those isolated instances where it occurs.

“We are continuing to explore the exact cause so we can ensure that the problem doesn’t occur moving forward. As with all our products we encourage people to ensure they appropriately clean and care for their boots. However, in the isolated instances where this problem has occurred, we recommend returning the product to the retailer where the footwear was purchased, be that a Nike store or another retailer, where a refund or replacement will be offered.”

Nike also apologises for any inconvenience experienced by consumers.

Written By
Felipe
More from Felipe
The FA and Carlsberg come up with a man in the middle...
Read More